Be prepared to be blown away by U.S. national champion figure skater Jason Brown, an incredible Olympic skater. The song in this remarkable video is “Reel Around The Sun” from the Riverdance show.

His performance has to be one of the greatest skatings I’ve ever seen.

He somehow manages to Riverdance on Ice!

His technical skills were precise; his required jumps were flawless; his speed and power complemented the rest of Jason’s routine. Not to mention his synchronicity with the music.

Enjoy and be sure to hit that share button and get your weekly dose of Irish here.

How did Olympic skater Jason Brown come up with the idea of Riverdance on Ice?

As you have probably seen above, his performance was absolutely breathtaking! Jason’s much-talked-about Olympic performance was set to “Reel Around the Sun” from Bill Whelan’s legendary Riverdance.

In this exclusive interview below, he talks about how the whole thing came together and how worried he was that he would actually be able to do it.

The interview below shows what a humble performer he is and a truly great Olympic skater.

Brown won a bronze medal in the team event at the 2014 Winter Olympics in Sochi, becoming one of the youngest male figure skating Olympic medalists.

What is Jason Brown doing now?

Well, according to Wikipedia, he has been very busy. Jason Brown was assigned to compete at the 2020 Skate Canada International, but the event was also cancelled due to the pandemic.

As a result, Brown made his season debut at the 2021 U.S. Championships in Las Vegas, placing third in the short program with a clean skate. In the free skate, he fell on a quad toe loop that was also deemed underrotated and singled a planned triple Axel, placing fourth in that segment, but remained in third place overall and won the bronze medal. He was named to the American team for the 2021 World Championships in Stockholm.

I look forward to seeing where he goes in 2022. If you ever get a chance to catch him live, I would say it is incredible to watch.

You can pin this image below: 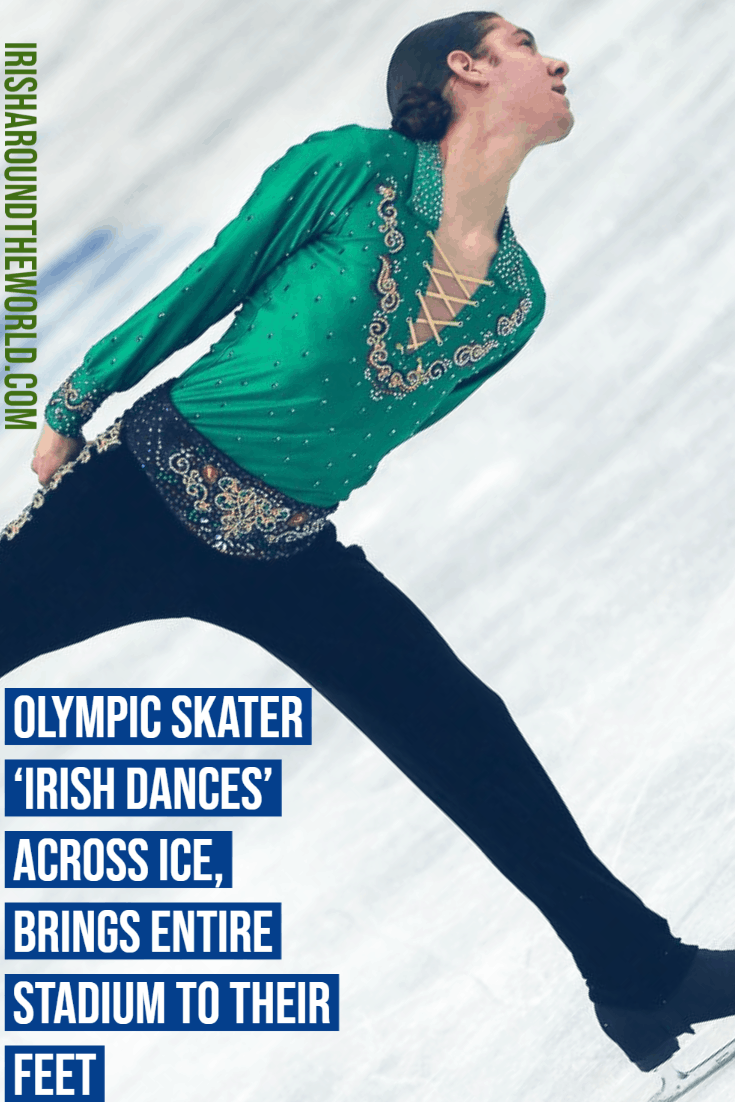 If you enjoyed this video, then check out these amazing girls Irish dancing for Ed Sheeran.

Be sure to give this video a share; it’s incredible! See much more Irish dancing videos here.

Perfect! This young man is the best I have ever seen. Jason is one of the best skaters in the world! Fantastic talent!

He was fantastic. I love watching this Jason dancing the river dance on ice

I was looking for information on Celtic knots and look what I find: the most incredible human on ice! Beyond awesome to watch! Thank you!

So wonderful. Makes the hairs on the back of my neck tingle. So proud of my little country. Ireland

I agree Mary! It is an incredible video

This was an amazing performance- Jason is so talented and a really lovely guy. It was a delight to watch