Love Irish poems? Well, I have a list of Ireland’s top 100 Irish poems right here for you today, thanks to the Irish Times.

Every week I will be picking a random Irish poem and writing a little bit about it, along with the Irish poem itself.

If you would like to get these top Irish poems to your inbox subscribe to my weekly dose of Irish right here. 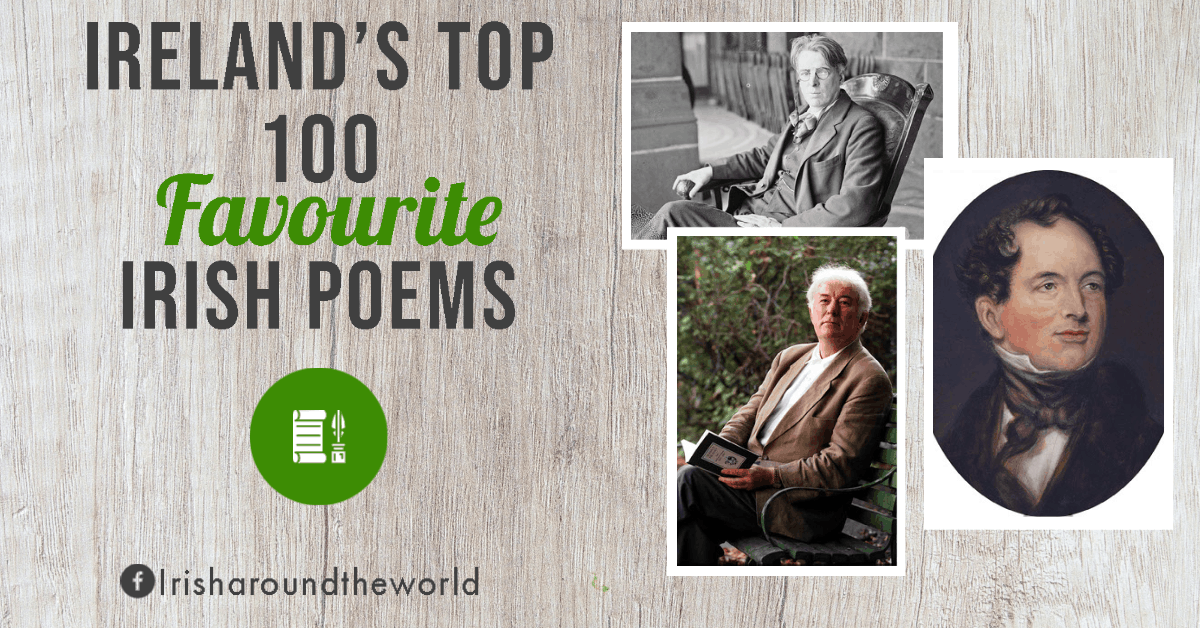 You can also Pin this image if you are using Pinterest below: 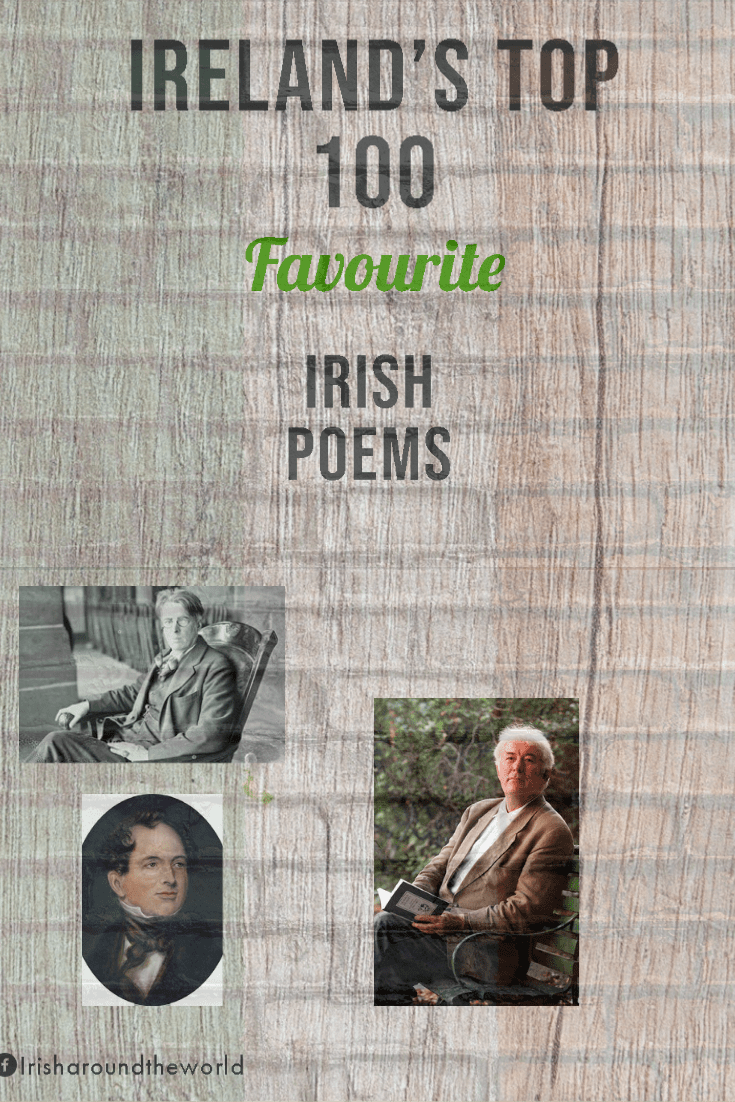 I was in a very small, wee pub in Ballyferriter and an Irishman closed the doors and songs were sung. And then a man started to recite a poem and we all were very quiet. The first words were,”‘Twas a small hotel in a Dublin”...the repeated stanza that I recall was “Are you the Michael Farrely’” I’d love to get the words to that poem. Does anyone know of it? Maureen Ferriter ‘ ‘

I know "On Raglan Road" by Patrick Kavanagh. It's also a beautiful song found on the album "Tears of Stone."