Are you looking for some facts about Ireland? Well, I have put together the biggest collection of Irish facts and things that you need to know about Ireland. Ireland is an amazing country and there are so many things I didn’t know about it.

Enjoy these 100+ facts about Ireland! 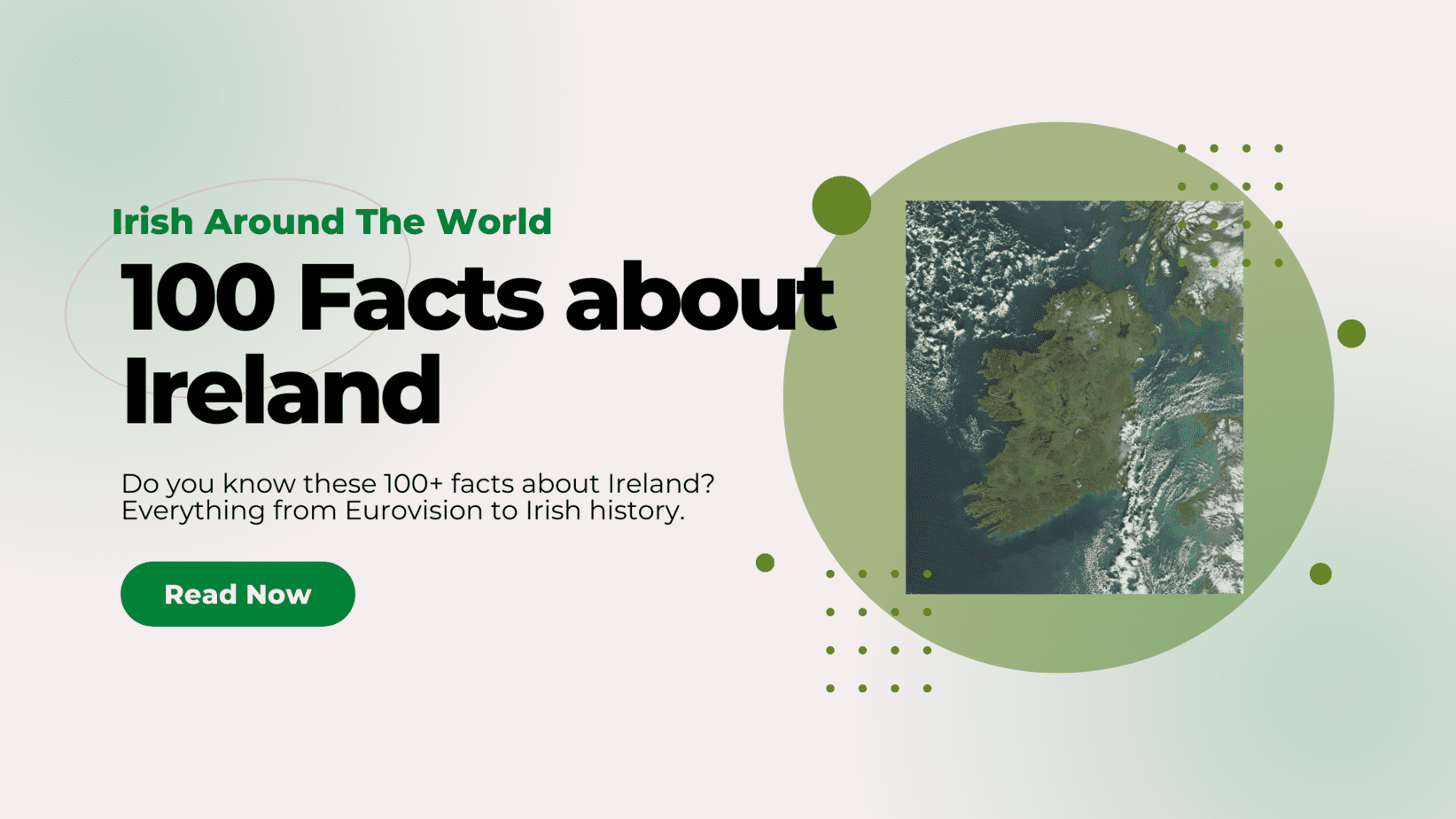 Okay! I hope you enjoyed this list of facts about Ireland. I have linked to sources where this information was found above.

Once again, be sure to join my weekly dose of Irish email newsletter, where I share all things like this straight to your inbox!

If any are incorrect, be sure to let me know in the comments and please share this article where you can.

Don’t forget you can get your weekly dose of Irish straight to your inbox every Friday right here. And if you enjoyed this post, why not read some St Patrick’s day facts next.

Thanks for reading these facts about Ireland. Be sure to share!

P.S Any facts about Ireland you would like to be added to this article? Comment below, and I will be sure to add them.

Although I am not of Irish heritage, I worked many years in Ireland in the 60's and 70's. Might you have time to write a history of the Hideout Pub of Kilcullen and, Sir Dan Donely's arm sometime. Thank You.

Thanks Paul! I will certainly add it to my big to-do list. Cheers

Some of them appear twice or even more

Yes I have updated those duplicates now thanks for letting me know.

You mention a few very interesting facts, however, you have a number of duplicates. But an interesting read nevertheless.

Thanks Karin! I have found the duplicates and replaced then with original points. Glad you enjoyed the read.

Note that #5 includes the facts for 49 and 50, so you owe us 2 more facts. #14 is included in #25 - so you owe us a 3rd fact! From #25, if Nigeria consumes 40% of Guinness and Britain drinks more than Nigeria, then Britain consumes more than 40% of Guinness; that leaves less than 20% for the rest of the world - including Ireland. Ireland must not drink much Guinness. They must drink more Heineken, Carlsberg, or Budweiser. Well maybe the Irish are primarily drinking Jameson. Anyway, thanks for the facts. I enjoy your newsletter.

I will have to update those facts. I guess with 60 you can easily overlook one or two. Will update it shortly glad you enjoy the newsletter! Thanks

I guess I read too fast, and stand corrected. You did not say that Nigeria consumed 40% of Guinness, but that Africa does; therefore, Britain and the rest of the world consume 60% of it. Oh, well, I drink a lot of it in Texas.