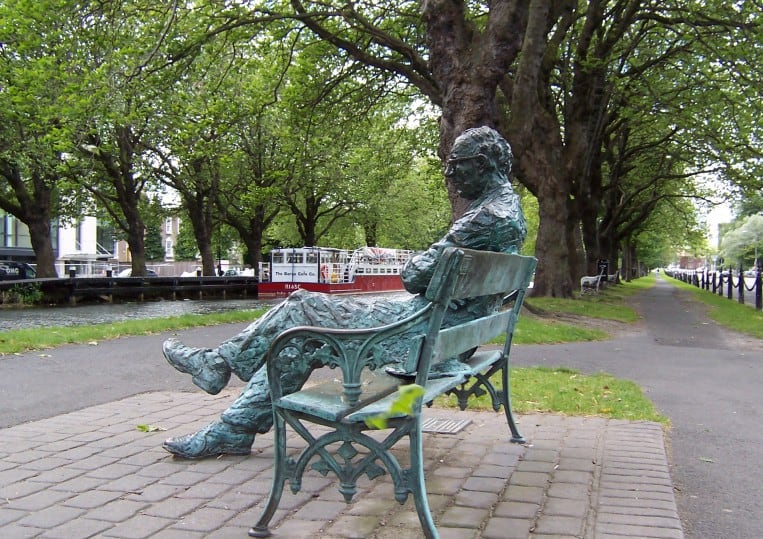 I have lived in important places, times
When great events were decided : who owned
That half a rood of rock, a no-man’s land
Surrounded by our pitchfork-armed claims.

I heard the Duffys shouting “Damn your soul”
And old McCabe stripped to the waist, seen
Step the plot defying blue cast-steel –
“Here is the march along these iron stones.”

That was the year of the Munich bother. Which
Was most important ? I inclined
To lose my faith in Ballyrush and Gortin
Till Homer’s ghost came whispering to my mind.
He said : I made the Iliad from such
A local row. Gods make their own importance.

This is my first addition to my list of top 100 Irish poems I will be publishing one poem every week to my weekly dose of Irish. Subscribe here to get notified on the next one.

His best-known works include the novel Tarry Flynn, and the poems “On Raglan Road” and “The Great Hunger”.

He is known for his accounts of Irish life through reference to the everyday and commonplace. He also played as a goalkeeper for his local Gaelic football club. Source Wikipedia