These facts about St Patrick’s day surprised me.

It is always amazing to see just how many people celebrate across the world.

Love all things, Irish? Get my weekly dose of Irish straight to your inbox here.

Did you know? Over 300 locations around the world are going green for St Patrick’s day in 2021. See the full list here.

Now onto the facts about St Patrick’s day: 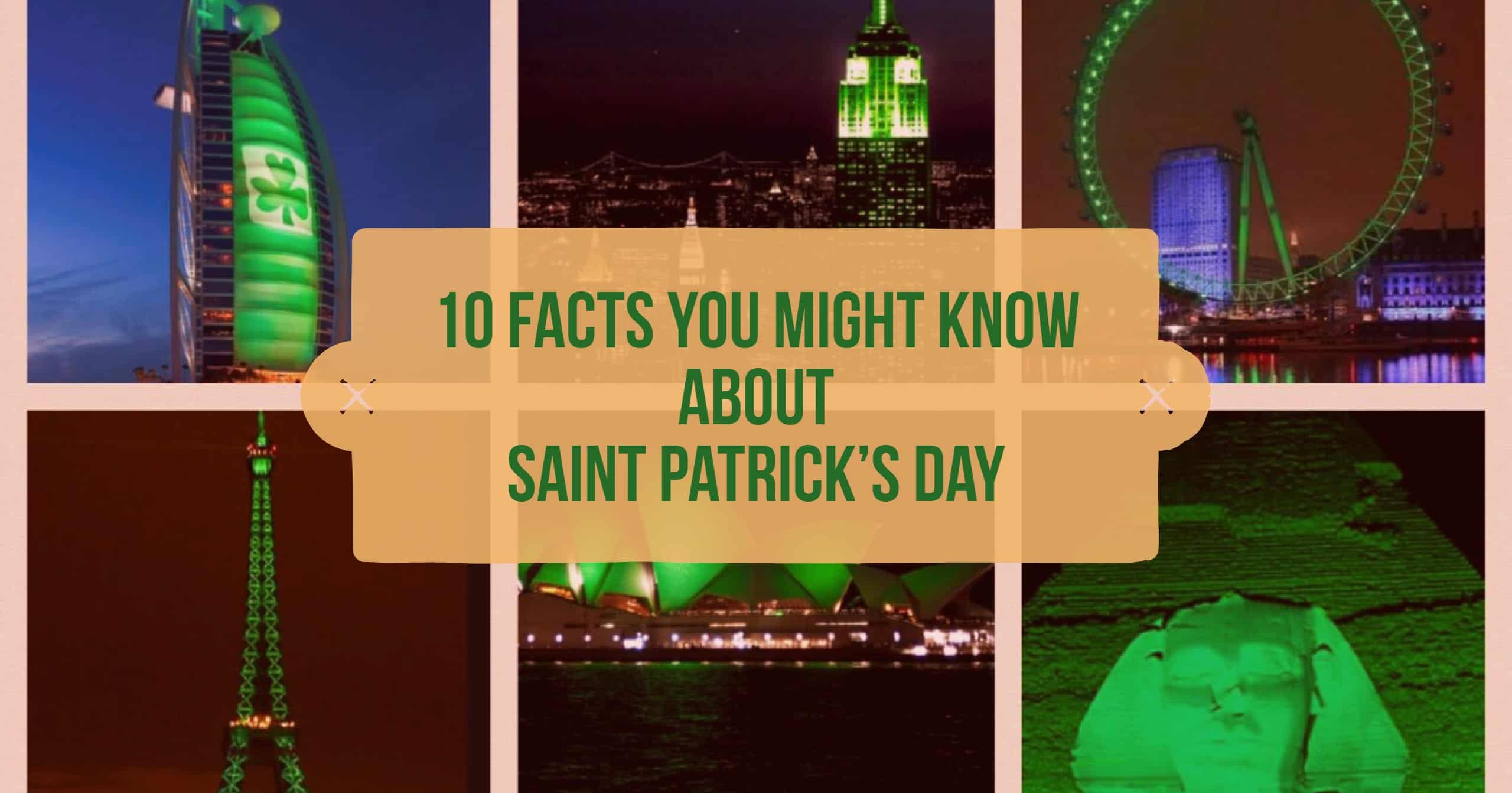 What other facts about St Patrick’s day do you know?

Comment below and be sure to share this article with a fellow Irish person around the world. Have a great day on March 17th!

Thanks for this tool / service.

To my dear cousin in Tipperary ... thinking of you Bridget and miss you ... hope to get back to visit with you and those wonderful Cheese sandwiches and Tea of yours and see the ole farmhouse again where my Great Grandparents and Grandmother was born ... much love and Happy St Patrick’s Day to you ... a long distance away but close at heart ... Love Nancy Brereton McMenaman. Golden Colorado but born and raised in Syracuse Mew York. Where the GREEN IS OVER THE RED IN THE TRAFFIC LIGHT IN A SECTION CALLED TIPPERARY HILL...

Go geasfor Le Chiele Sinn Aris, go geoinni Dea Imbois a laimhe thu. (Until we meet again may God hold you in the palm of his hand. Up Tyrone!