364 shares
This week’s Irish poem is Padraic O’Conaire Gaelic Storyteller is a moving poem written by Frederick Robert Higgins.
Higgins wrote it as a tribute to his friend after his death. You can learn more about him beneath the poem. 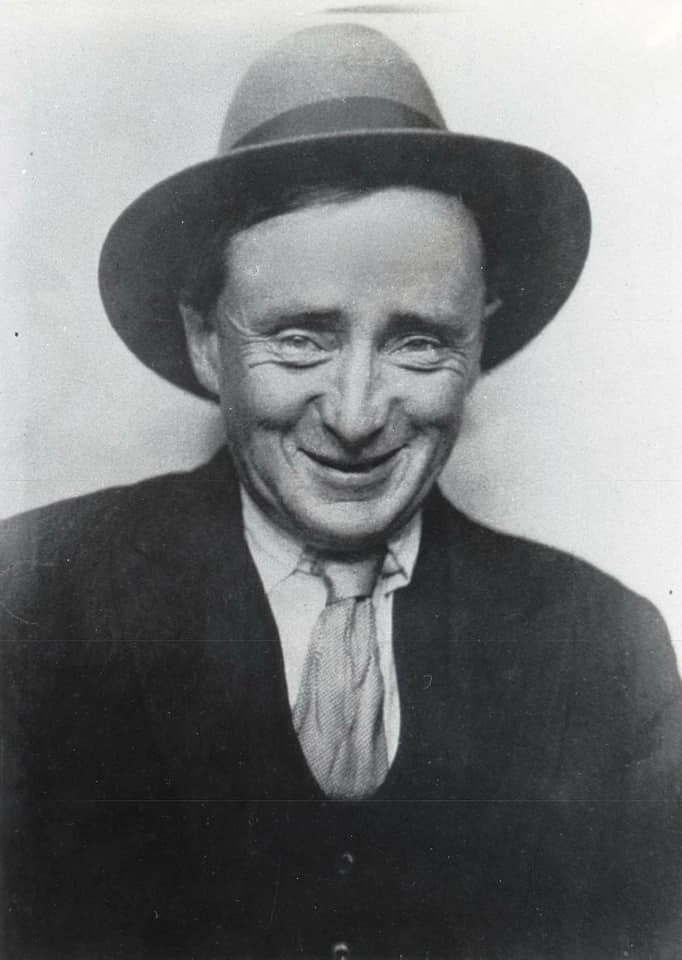 They’ve paid the last respects in sad tobacco
And silent is this wakehouse in its haze;
They’ve paid the last respects; and now their whiskey
Flings laughing words on mouths of prayer and praise;
And so young couples huddle by the gables.
O let them grope home through the hedgy night –
Alone I’ll mourn my old friend, while the cold dawn
Thins out the holy candlelight.

Respects are paid to one loved by the people;
Ah, was he not – among our mighty poor –
The sudden wealth cast on those pools of darkness,
Those bearing, just, a star’s faint signature;
And so he was to me, close friend, near brother,
Dear Padraic of the wide and sea-cold eyes –
So, lovable, so courteous and noble,
The very west was in his soft replies.

They’ll miss his heavy stick and stride in Wicklow –
His story-talking down Winetavern Street,
Where old men sitting inthe wizen daylight
Have kept an edge upon his gentle wit;
While women on the grassy streets of Galway,
Who hearken for his passing – but in vain,
Shall hardly tell his step as shadows vanish
Through archways of forgotten Spain.

Ah, they’ll say, Padraic’s gone again exploring;
But now down glens of brightness, O he’ll find
An alehouse overflowing with wise Gaelic
That’s braced in vigour by the bardic mind,
And there his thoughts shall find their own forefathers –
In minds to whom our heights of race belong,
in crafty men, who ribberd a ship or turned
The secret joinery of song.

Alas, death mars the parchment of his forehead;
And yet for him, I know, the earth is mild –
The windy fidgets of September grasses
Can never tease a mind that loved the wild;
So drink his peace – this grey juice of the barley
Runs with a light that ever pleased his eye –
While old flames nod and gossip on the hearthstone
And only the young winds cry.

Ninety-two years ago the Irish writer and journalist Pádraic Ó Conaire died at Richmond Hospital, Dublin aged 46.
Padraic Ó Conaire was born in the Lobster Pot public house on the New Docks in Galway on 28 February 1882.
His father was a publican, who owned two premises in the town. His mother was Kate McDonagh. He was orphaned by the age of eleven.
He spent a period living with his uncle in Garaffin, Ros Muc, Connemara.
The area is in the Gaeltacht (Irish-speaking area) and Ó Conaire learned to speak Irish fluently.
A statue of Ó Conaire’s was unveiled in 1935 by Éamon de Valera in Eyre Square in the heart of Galway City. It was popular with tourists until it was decapitated by four County Armagh men in 1999.
It was repaired at a cost of £50,000 and moved to Galway City Museum in 2004.
Galway City Council investigated installing a replica at the Eyre Square site.
He has family still living to this day in England as well as in Galway and Canada. The Ó Conaire surname is still strong in the Ros Muc area. 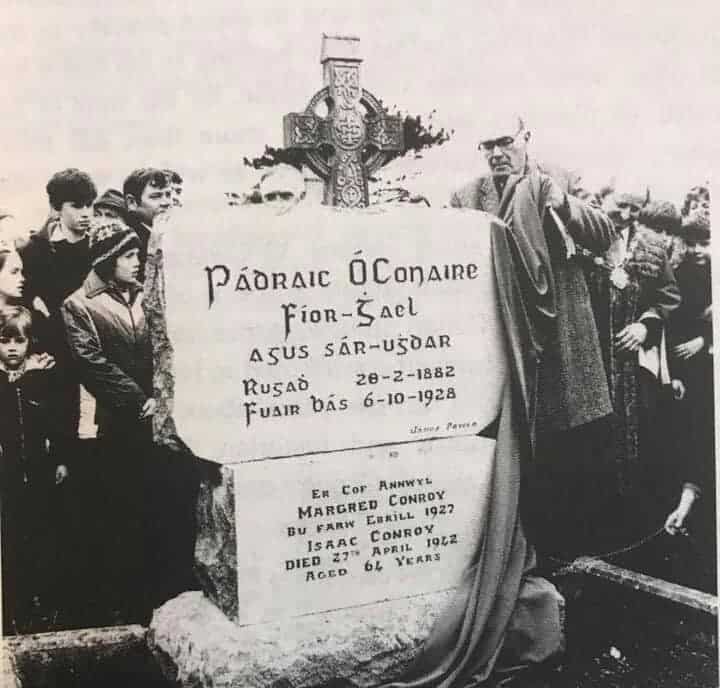 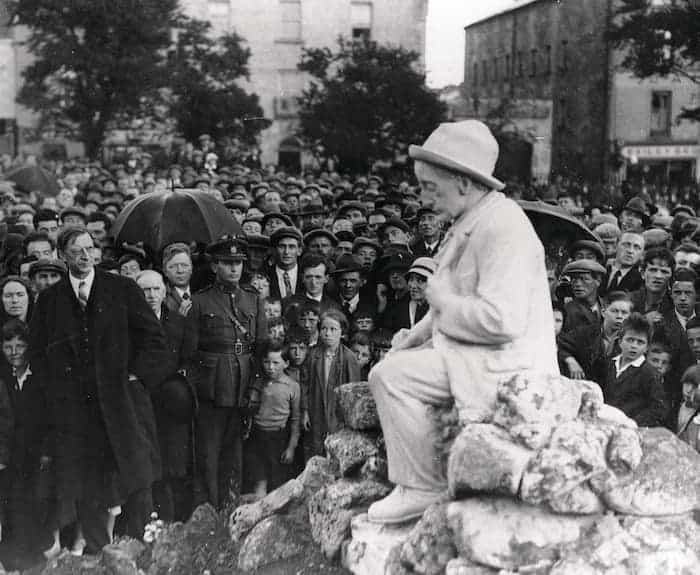 I will be featuring a poem every week from my list of top 100 Irish poems. You can get it straight to your inbox by joining my newsletter here.