Yes, you read that headline right! Amazingly these old Irish 20p coins could fetch up to €10k in an auction.

Many of us have some old Irish coins lying around the house, and it is worth having a look for some 20p coins.

If you are lucky enough to find one from 1985, then there is a good chance it is worth a decent amount of money. This old 20p coin made it second on the list of the most valuable Irish coins!

Why is this 20p coin so valuable?

Yes, I thought exactly that, how the heck can this specific coin be worth so much?

The coin wasn’t officially introduced until 1986, and only a tiny number were produced the year before.

Not only that but they were only released to vending machine engineers for recalibration.

All were supposed to return to the Central Bank to be melted, but some got through.

Additionally, the Central Bank of Ireland allowed the 1985 coins to be used as legal tender in the public domain.

Back in 1985, there were a lot of parking meters and coin-operated machines so there is a good chance you might have an old coin.

If you are looking for more information regarding these 20p coins, this article goes into a lot of further details about why it is so valuable.

Okay hopefully you haven’t torn your house down looking for an old 20p coin by now haha, but there is plenty of other old pre-Euro coins that could be worth a lot in an auction.

It comes down to the fact that there is so few of them remaining that gives them such great value.

That and of course many coin collectors who pay top dollar for these at auction.

This article from the Independent all the way back in 2012 breaks down some other coins that are worth a lot.

Did you find any of these old Irish 20p coins?

Let us know! Comment below and be sure to join our weekly email newsletter where I share Irish jokes, heritage and more.

And of course, if you do need to transfer money from finding one of the coins read my money transfer guide to get the best rates from Ireland.

Be sure to Pin the image below on your Pinterest board and hopefully someone else will find some of these Irish 20p coins: 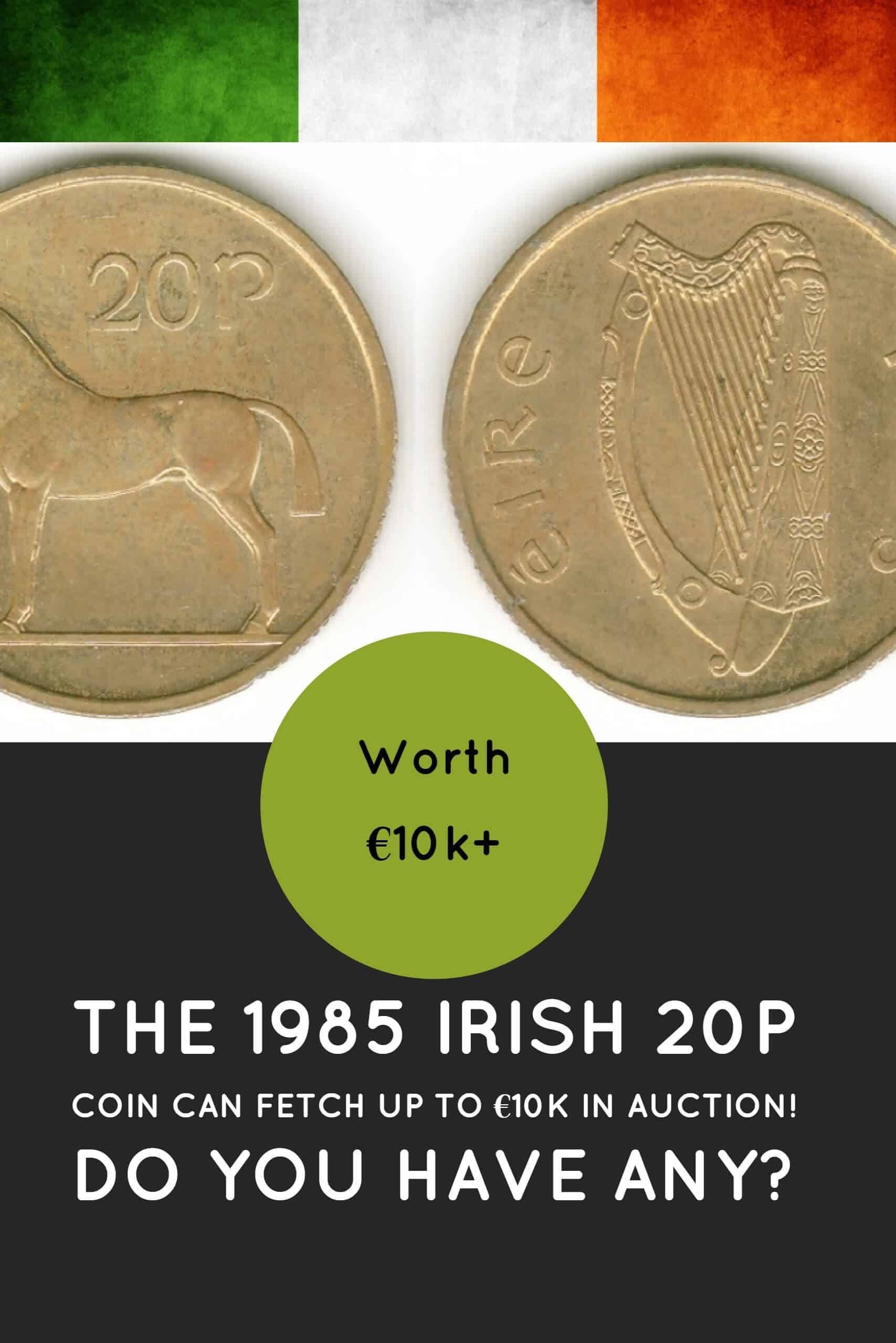 Wow what a collection