It is really hard to say what ranks for the best Irish joke as everyone has a different opinion. Some people loved the joke about the Murphy twins and some people hated it.

But I can’t take the credit for this best Irish joke. It was sent by a subscriber to me on my weekly dose of Irish. So a big thank you to Anne Marie for the best Irish joke I indeed have heard in a long time.

An appropriate title for this best Irish joke is: 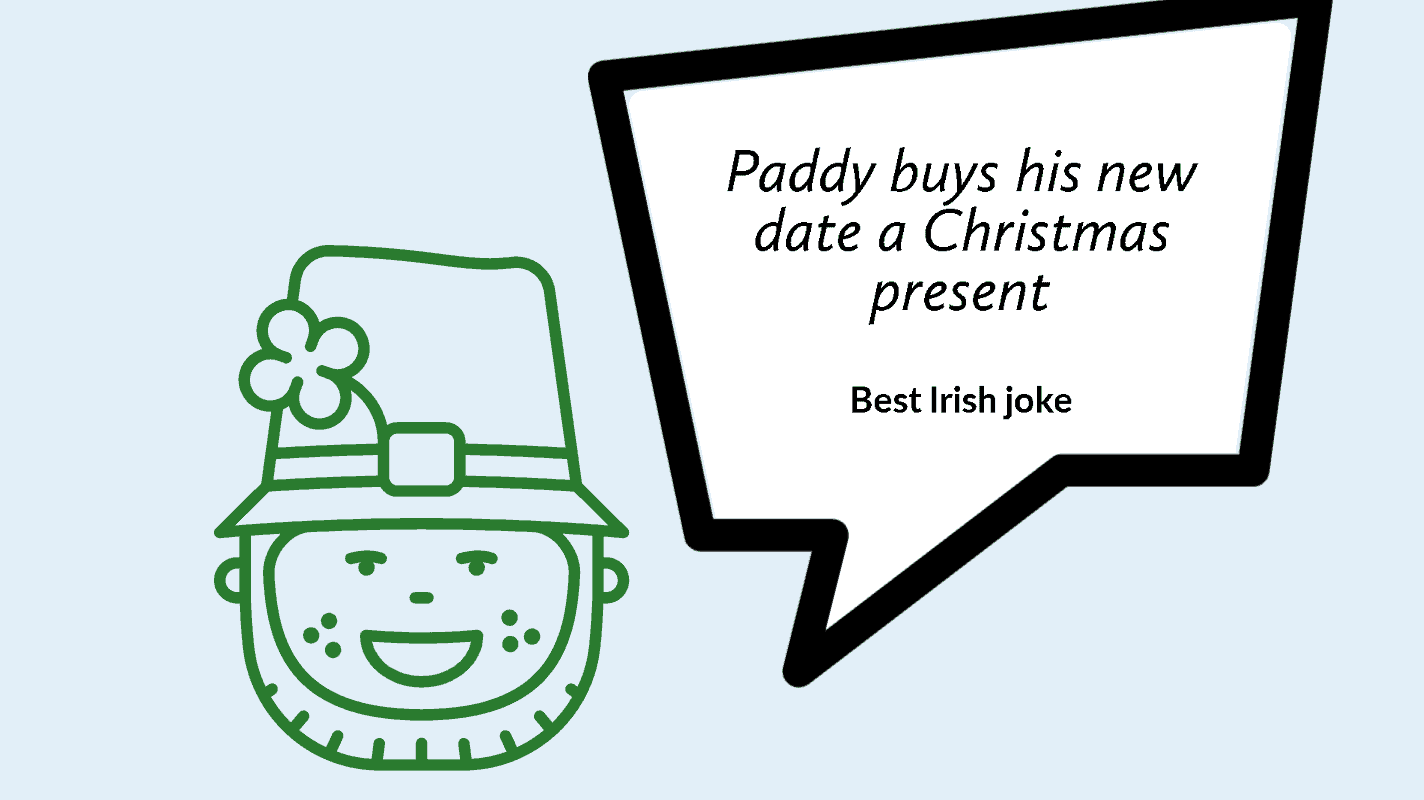 A young Irish man called Paddy wanted to buy a Christmas present for his new girlfriend.
They hadn’t been seeing each other for very long and she lived in Donegal and he lived in Kerry.
Paddy consulted with his sister and decided, after careful consideration, that a pair of good quality gloves would strike the right note… not too romantic and not too personal.
Off he went with his sister to Marks and Spencer’s and they selected a dainty pair of fur-lined quality leather gloves.
His sister bought a pair of sexy knickers for herself at the same time. Marks and Spencer’s had a free gift wrap offer but the assistant mixed up the two items, the sister got the gloves and Paddy unknowingly got the knickers.

Good old Paddy sent off his gift-wrapped present in a parcel with the following letter.

Dear Maggie,
I chose these because I’ve noticed that you are not wearing any when we go out in the evenings.
If it had not been for my sister I would have chosen the long ones with buttons, but she wears shorter ones (which are easier to remove).
These are a very delicate shade, but the lady I bought them from showed me the pair she had been wearing for the past three weeks and I hardly noticed any marks.
I had her try yours on for me and she looked really smart in them even though they were a little bit tight on her.
She also said that they rub against her ring which helps keep it clean. In fact she hasn’t needed to wash it since she began wearing them.
I wish I was there to put them on for you the first time, as no doubt many other hands will touch them before I have a chance to see you again.
When you take them off remember to blow into them a little bit because they will be naturally a little damp from wearing.
Just imagine how many times my lips will kiss them during the coming year.
I hope you will wear them for me on our next date.
All my love,
Patrick
P.S. My mum tells me that the latest style is to wear them folded down with a little bit of fur showing.

Haha, tell me that is not the best Irish joke you have heard in a while? If you did enjoy this joke I send one weekly every Friday on my weekly dose of Irish which you can subscribe to here.
If you enjoyed this Irish joke be sure to hit the share button and have a great day.
Stephen
P.S Thanks for stopping by. 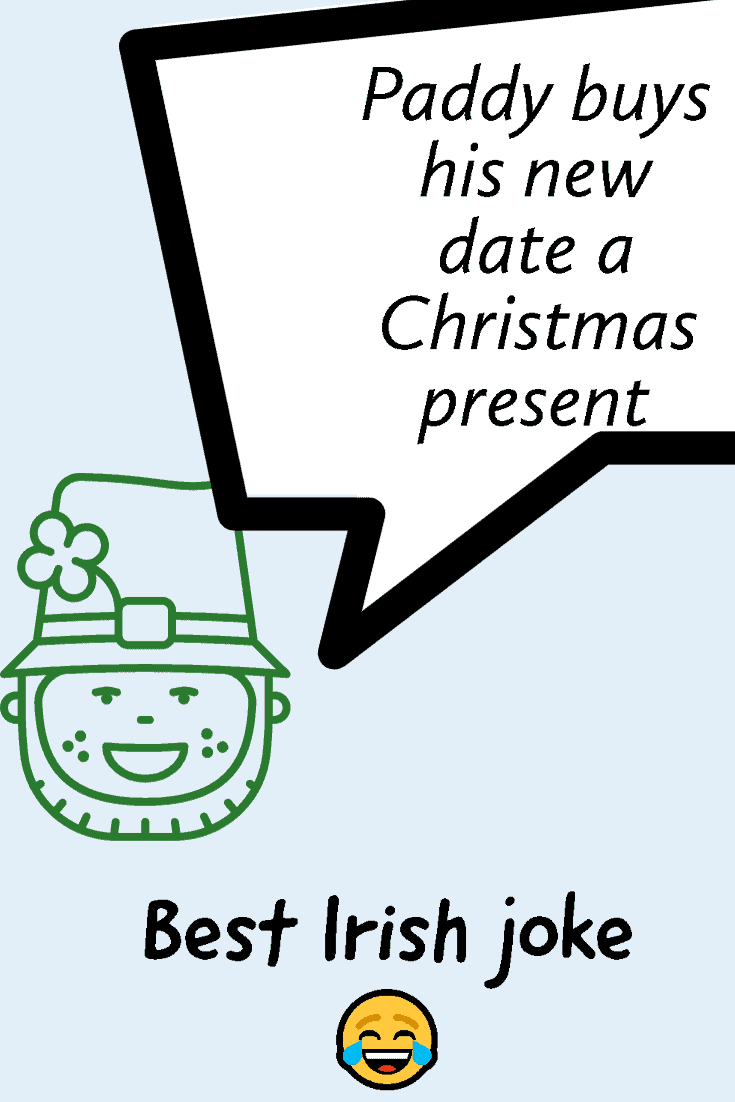