This weeks poem Cill Chais from my list of top 100 Irish poems is number 44. I am picking these poems every week at random and sharing the meaning behind them.

While I know a little bit of Irish I certainly cannot translate this one. Luckily this poem was translated to English by the Irish poet Thomas Kinsella.

I have included the original in Irish and the English version below it.

What is the poem Cill Chais about?

Upon my first reading, I didn’t really understand the full meaning of this poem. But once I did a bit more research and looked into the history it made a lot more sense.

The Castle of Cill Chais (Kilcash) was the chief seat of one of the branches of the Butler family until well into the eighteenth century. Pictured below: 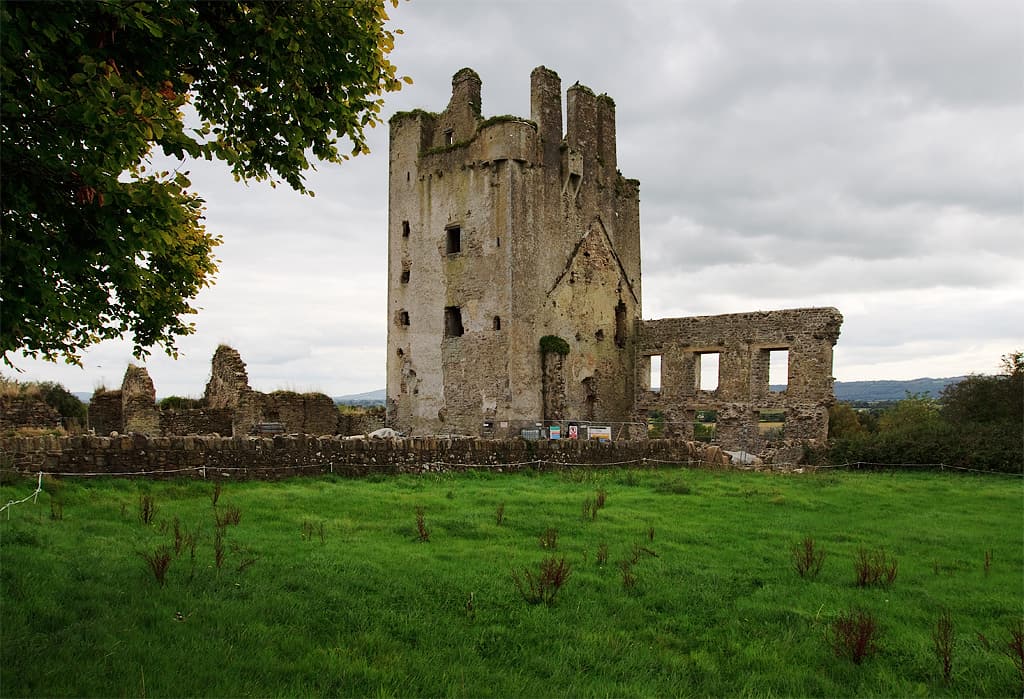 It is situated at the foot of Sliabh na mBan, not far from Kilsheelan, near Clonmel, County Tipperary.

To the east of the ancient church are the ruins of Kilcash Castle, where Lord Castlehaven, noted Confederate Catholic commander in the 1641-52 war, wrote his memoirs.

Her first husband, the attainted Jacobite Brian Maginnis (Mac Guinness), having died in the Austrian service.

She married Colonel Thomas Butler of Kilcash Castle, a nominal Protestant who participated in sheltering of many Catholic bishops and priests there.

“What will we do for wood now that the last of the forests are down…”.

The English hacked down the forests so that the Irish couldn’t take refuge in them and raid the planters who had stolen their land. Source: Irish Page

The poem then goes further into the lack of

“Ducks’ voices nor geese do I hear there”

Once you know the meaning behind this poem you realise the sadness it portrays.

Now what will we do for timber,
with the last of the woods laid low?
There’s no talk of Cill Chais or its household
and its bell will be struck no more.
That dwelling where lived the good lady
most honoured and joyous of women
— earls made their way over wave there
and the sweet Mass once was said.

Ducks’ voices nor geese do I hear there,
nor the eagle’s cry over the bay,
nor even the bees at their labour
bringing honey and wax to us all.
No birdsong there, sweet and delightful,
as we watch the sun go down,
nor cuckoo on top of the branches
settling the world to rest.

A mist on the boughs is descending
neither daylight nor sun can clear.
A stain from the sky is descending
and the waters receding away.
No hazel nor holly nor berry
but boulders and bare stone heaps,
not a branch in our neighbourly haggard,
and the game all scattered and gone.

Then a climax to all of our misery:
the prince of the Gael is abroad
oversea with that maiden of mildness
who found honour in France and Spain.
Her company now must lament her,
who would give yellow money and white
— she who’d never take land from the people
but was friend to the truly poor.

I call upon Mary and Jesus
to send her safe home again:
dances we’ll have in long circles
and bone-fires and violin music;
that Cill Chais, the townland of our fathers,
will rise handsomely on high once more
and till doom — or the Deluge returns —
we’ll see it no more laid low.