This week’s Irish poem comes in at number 86 in the top 100 Irish poems list.

A very powerful poem in which Michael Harnett says goodbye to his grandmother. In ‘Death of an Irishwoman’ Harnett talks about his appreciation for his Gaelic grandmother and although she lived a simple life he feels guilty for not being around more, “I loved her from the day she died.”

After her passing in 1975 Hartnett vowed to live a simpler life speaking only in Gaelic(Irish) and moved from urban life in Dublin to his grandmother’s house in rural Limerick.

This lasted over 10 years where he did in fact stay true to his word.

He later moved back to Dublin where he published his first English publication of Inchicore Haiku, a book that deals with the turbulent events in his personal life over the previous few years.

So this poem marks a significant turning point in the poet’s life.

Púcas and darkfaced men – This is the Irish(Gaelic) term for Pookas, Hobgoblins and Faries. This has no racial reference. It is more referring to the devil so to speak.

DEATH OF AN IRISHWOMAN 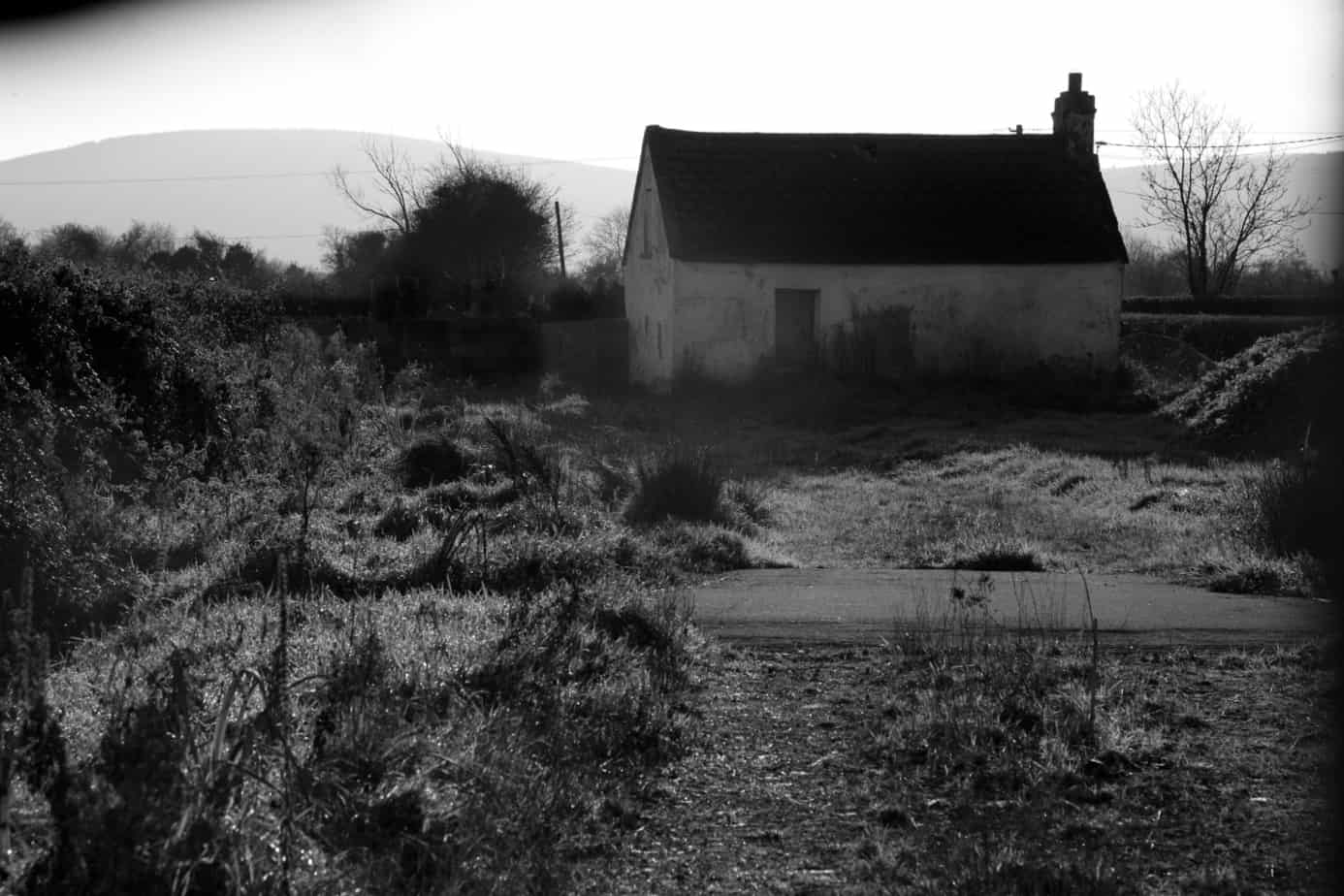 Brigid Halpin’s cottage in Camas as it is today. The photograph is by Dermot Lynch.

Ignorant, in the sense
she ate monotonous food
and thought the world was flat,
and pagan, in the sense
she knew the things that moved
at night were neither dogs nor cats
but púcas and darkfaced men,
she nevertheless had fierce pride.
But sentenced in the end
to eat thin diminishing porridge
in a stone-cold kitchen
she clenched her brittle hands
around a world
she could not understand.
I loved her from the day she died.
She was a summer dance at the crossroads.
She was a card game where a nose was broken.
She was a song that nobody sings.
She was a house ransacked by soldiers.
She was a language seldom spoken.
She was a child’s purse, full of useless things.

I hope you enjoyed this powerful Irish poem be sure to subscribe to my weekly dose of Irish where I share a new Irish poem every Friday. You can subscribe here.

Michael …. Very sorry for the loss of your grandmother but your poem of her is Beautiful!!!!! Well written !!! Thank you for sharing !!! God Bless