Today I dug up 5 brilliant new Irish jokes. If you enjoy Irish jokes, I send a new one out every Friday on my weekly dose of Irish straight to your inbox. You can subscribe here.

Alright, let’s get to those new Irish jokes: 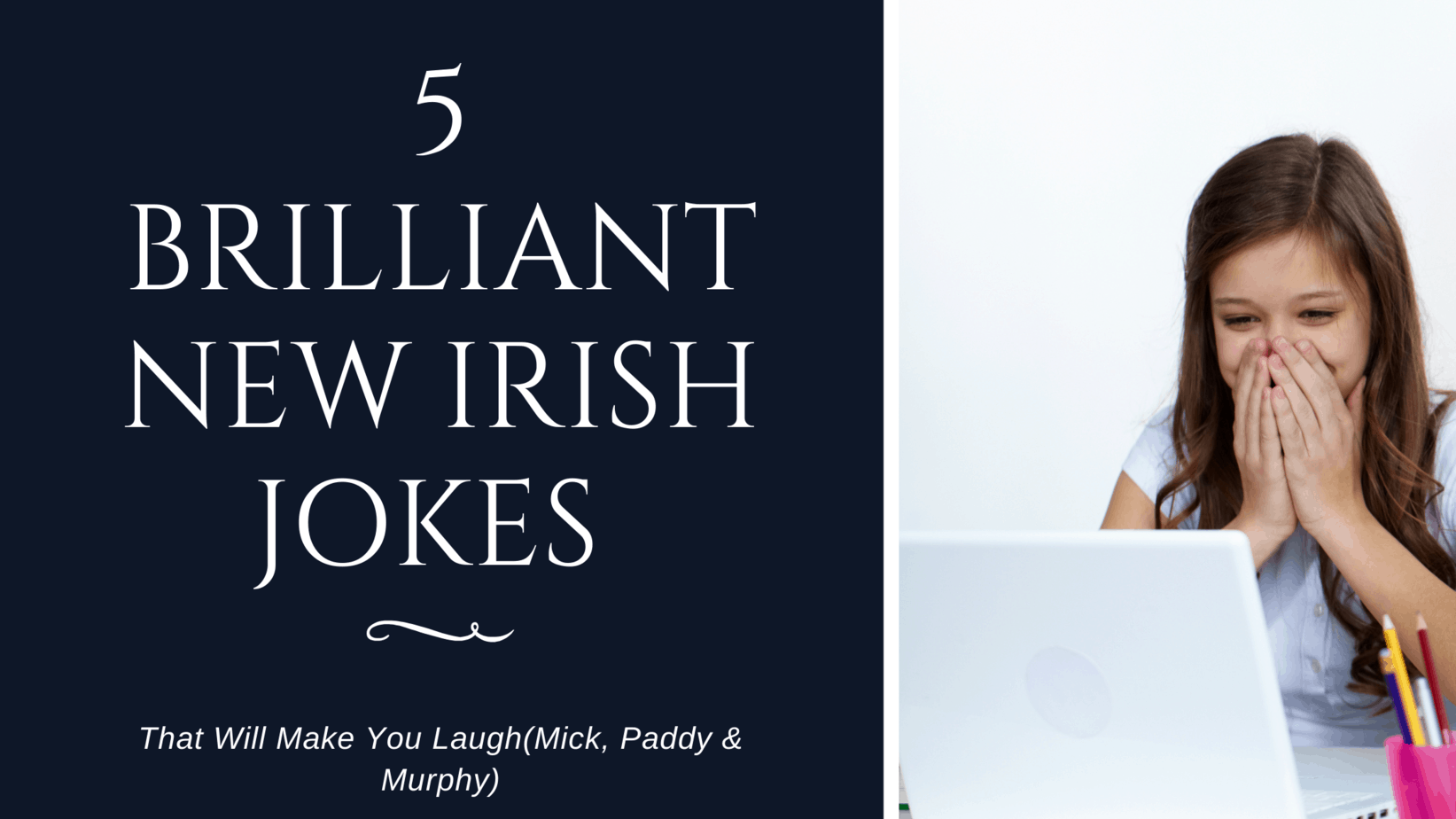 2. The Aer Lingus flight with not enough food 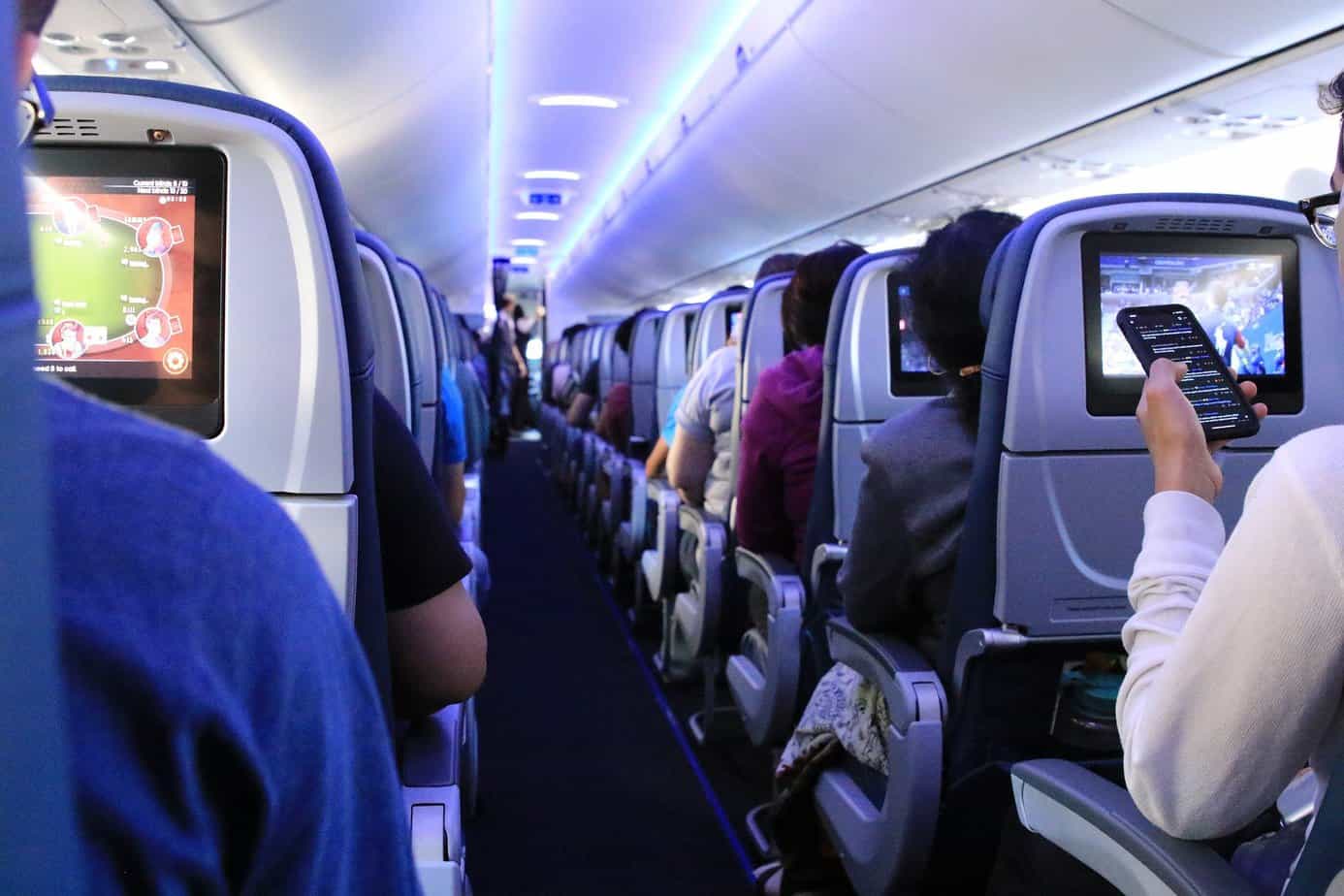 Shortly after take-off on an outbound, evening Aer Lingus flight from Dublin to Boston, the lead flight attendant nervously made the following painful announcement in her lovely Irish brogue, “Ladies and gentlemen, I’m so very sorry, but it appears that there has been a terrible mix-up by our catering service.
I don’t know how this has happened, but we have 103 passengers on board, and unfortunately, we received only 40 dinner meals.
I truly apologize for this mistake and inconvenience.”
When the muttering of the passengers had died down, she continued, “Anyone who is kind enough to give up their meal so that someone else can eat, will “receive free drinks for the duration of our 10-hour flight.
Her next announcement came about 2 hours later,
“If anyone is hungry, we still have 40 dinners available.”

3. The doctor wanted a day off

A doctor wanted to get off work and go fishing, so he approached his assistant.
“Seamus, I am going fishing tomorrow. I don’t want to close the clinic. I want you to take care of the clinic and take care of my patients. If there anything serious call me on my mobile but it should just be basic stuff.”
“Yes, sir!” – answers Seamus.
The doctor goes fishing and returns the following day and asks: ”So, Seamus, how was your day?”
Seamus told him that he took care of three patients.
“The first one had a headache so I gave him Nurofen.”
“Bravo, and the second one?” – asks the doctor.
“The second one had stomach burning, and I gave him some ENO for his stomach acid, sir.” – says Seamus.
“Bravo, bravo! You’re good at this, and what about the third one?” – asks the doctor.
“Sir, I was sitting here, and suddenly the door opened, and a woman entered.
Like a flame, she undressed herself, taking off everything, including her bra, her panties and lied down on the table. She spread her legs and shouted: “HELP ME! For five years I have not seen any man!”
“ Thundering’ Lord Jayzus, Seamus, what did ye do?” – asks the doctor.
“I put drops in her eyes.” !

An Elderly Irish lady visits her physician to ask his advice on reviving her husband’s libido.
“What about trying Viagra?” asked the doctor.
“Not a chance” she replied. “He won’t even take an aspirin”.
“Not a problem,” said the doctor. “Give him an Irish Viagra.”
“What on Earth is Irish Viagra?” she asked.
“It’s Viagra dissolved in his morning cup of coffee. He won’t even taste it.
Let me know how it goes,” he said. She called the doctor the very next afternoon.
“How did it go?” he asked.
“Oh Jesus Doctor, it was terrible. Just horrid, I tell ya! I’m beside myself!”
“Oh, no! What in the world happened?” asked the doctor
“Well, I did the deed, Doctor, just as you advised.
I put the Viagra in his morning coffee, and he drank it.
Well, you know, it took effect almost immediately, and he jumped straight up out of his chair with a smile on his face, a twinkle in his eye and his pants a-bulging.
Then, with one fierce swoop of his arm, he sent the cups, saucers, and everything else that was on the table flying across the room ripped my clothes to tatters and passionately took me then and there, right on top of the table. T’was a nightmare, I tell ya, an absolute nightmare!”
“Why so terrible?” asked the doctor. “Wasn’t the sex good?”
“Freakin jaysus, it was the best sex I’ve had in me last 25 years, but sure as I’m sittin’ here, Doctor… I’ll never be able to show me face in Starbucks again!”

4. Four Catholic ladies are having a coffee

5. Paddy and his beard

A married man Paddy was visiting his secret girlfriend when she requested he shave his beard.
“Oh Paddy, I like your beard, but I would really like to see your handsome face .” She said
Paddy replied, “My wife loves this beard, I couldn’t possibly do it, she would kill me!”
“Oh please? The girlfriend asked again, in a sexy little voice.
“Really, I can’t”, He replies. “my wife loves this beard!”
The girlfriend asks once more time and he sighs and finally gives in.
That night Paddy crawls into bed with his wife while she was sleeping.
The wife is awakened somewhat, feels his face and says,
“Oh Michael, you shouldn’t be here, my husband will be home soon!”

I hope you enjoyed these new Irish jokes

Be sure to join my weekly dose of Irish newsletter here where I send these out every Friday straight to your inbox for free.

The craic keeps my sail boat on an even keel in Tahiti!!

Loved the jokes keep them coming