Well, I certainly have been enjoying watching the Olympics the last week. Watching dreams come true is something I never get bored of.

I couldn’t have been more excited about the Irish lad’s Paul and Fintan, who became the first Irish athletes to take home gold!

And what a race it was! They won a spectacular lightweight men’s double sculls final in a time of 6:06.43.

They swept past the German crew of Jonathan Rommelmann and Jason Osborne (6:07.29) to take gold for Ireland.

They took the win by 0.86 seconds! This marks the 7th gold ever taken by Ireland at an Olympic Games, and Paul O’Donovan now has the title of double Olympic Medalist, after his Silver in Rio in 2016. 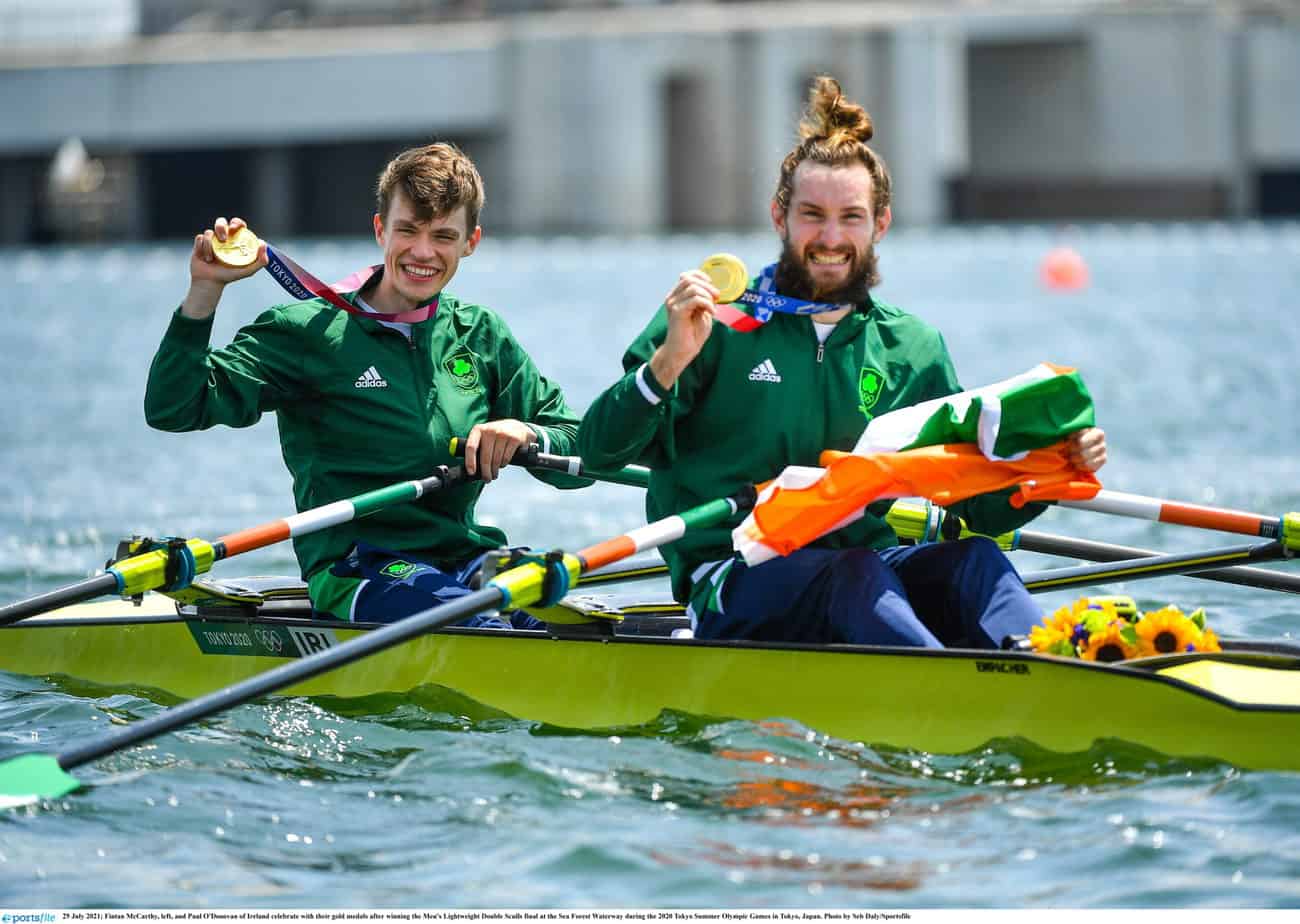 Speaking after the race, O’Donovan said:

The Germans and Italians always have a quick start, so for the first time we had a quick start as well, not for lack of effort. It was a bit of a surprise that it paid off and we weren’t totally dropped in the first 500m, so that was good. And then we put the heads down and ploughed on so it was good.

It feels pretty good. We can’t complain! We had a really good race, but a tough one. The Germans were flying so it was hard. I was really excited when we first crossed the line and there was a bit of relief as well. We have had a good time all week, so we are a bit sad that it is all over. We hadn’t had too much time to think about it but it feels pretty good and hopefully it will be that way for a while.

Well, I am delighted for the two lad’s, and I’d say they are over the moon with the result. Be sure to share this great news on social media! Thanks for stopping by.

P.S Did you know these five things about Ireland and the Olympics?