Every week I am getting closer and closer to finishing my top 100 Irish poems list. I hope if you have been reading the blog since the start or from right now that, you have been enjoying these poems. If you don’t know, I share a poem from this top 100 Irish poem list by the Irish times every week. This week I have selected number 5, titled “On Raglan Road”.

By the ever so descriptive Patrick Kavanagh. If I am not mistaken, I believe his Irish poems appear more on the top 100 list than any one poet. But I will have to double-check that after writing this post. His poems are jam-packed with imagery that takes you right to that moment, just like in his poems Spraying the potatoes or a Christmas childhood.

So what is the poem or, should I say, music anthem all about? 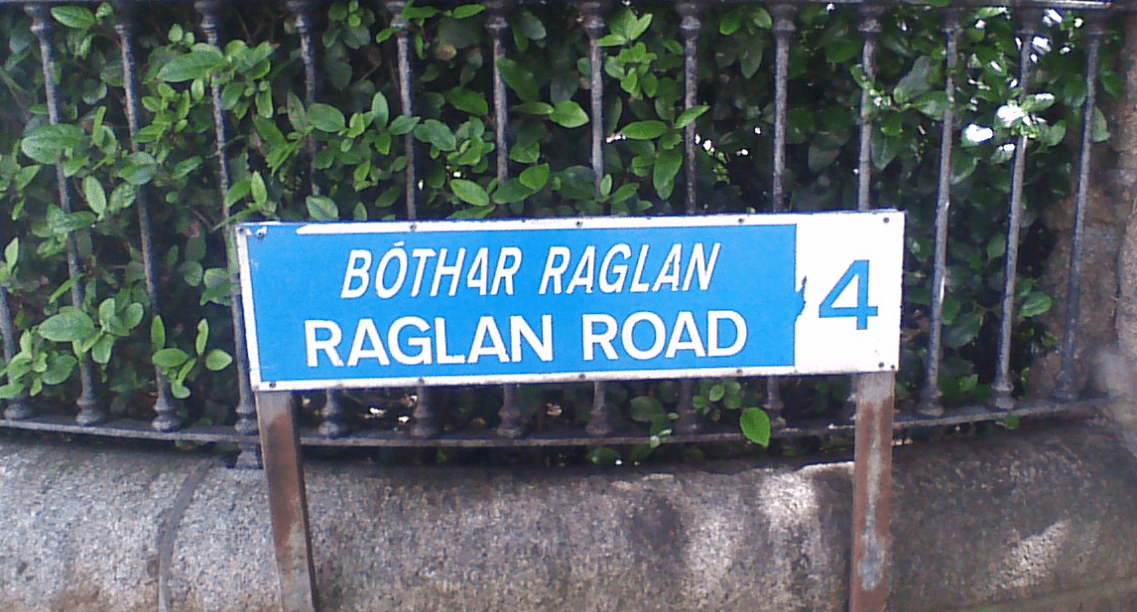 It is named after Raglan Road in Ballsbridge, Dublin. In the poem, the speaker recalls, while walking on a “quiet street,” a love affair that he had with a much younger woman. Although he knew he’d risk being hurt if he initiated a relationship, he did so anyway.

Kavanagh was 40, and the lady was a 22-year-old nurse. The relationship was short and intense, and years later, she told an RTE documentary that the age gap between them was too great to overcome.

The poem has been imprinted into Irish history through song. Most famously by The Dubiner’s frontman Luke Kelly who came together with Kavanagh to turn this into a ballad that has been sung by hundreds of famous artists from Sinead O’Connor to Van Morrison. . It is believed and reported that Luke Kelly of the Dubliners was responsible for putting the lyrics to music after meeting Kavanagh in a pub called Baileys in Dublin in the 1960s. You can also watch Luke Kelly singing this iconic song on this video at the end of this poem from 1979.

So let’s get to the incredible poem On Raglan Road, by Patrick Kavanagh

On Raglan Road on an autumn day I met her first and knew
That her dark hair would weave a snare that I might one day rue;
I saw the danger, yet I walked along the enchanted way,
And I said, let grief be a fallen leaf at the dawning of the day.On Grafton Street in November we tripped lightly along the ledge
Of the deep ravine where can be seen the worth of passion’s pledge,
The Queen of Hearts still making tarts and I not making hay –
O I loved too much and by such and such is happiness thrown away.

I gave her gifts of the mind I gave her the secret sign that’s known
To the artists who have known the true gods of sound and stone
And word and tint. I did not stint for I gave her poems to say.
With her own name there and her own dark hair like clouds over fields of May

On a quiet street where old ghosts meet I see her walking now
Away from me so hurriedly my reason must allow
That I had wooed not as I should a creature made of clay –
When the angel woos the clay he’d lose his wings at the dawn of day.

Did you enjoy this famous Irish poem?

The poem certainly is timeless, and I never get tired of hearing or reading it. Comment below and let us know your thoughts on the poem/song On Raglan Road.

And be sure to subscribe to my weekly dose of Irish, where I send out a new Irish poem every Friday.

As promised, you can watch On Raglan Road, sung by Luke Kelly in 1979: