I am back with another fantastic top Irish poem. This week we see yet another poem from the great Patrick Kavanagh. You might be thinking you have seen me mention him quite often, and you would be correct.

This week it is the lovely Irish poem titled “Spraying the Potatoes.” Patrick Kavanagh was born in a rural area of County Monaghan, a northern county in the Irish province of Ulster. His father was a shoemaker who also owned a small farm.

It was known that he often despised Dublin and would regularly return to the farm to escape. He also hated the way the city people viewed rural people. And one could argue that this still exists in the present day.

The thing I like most about this poem is its simplicity and imagery. You could say he is a bit of a wordsmith.

He does a great job of explaining just what life was like at exactly that time. 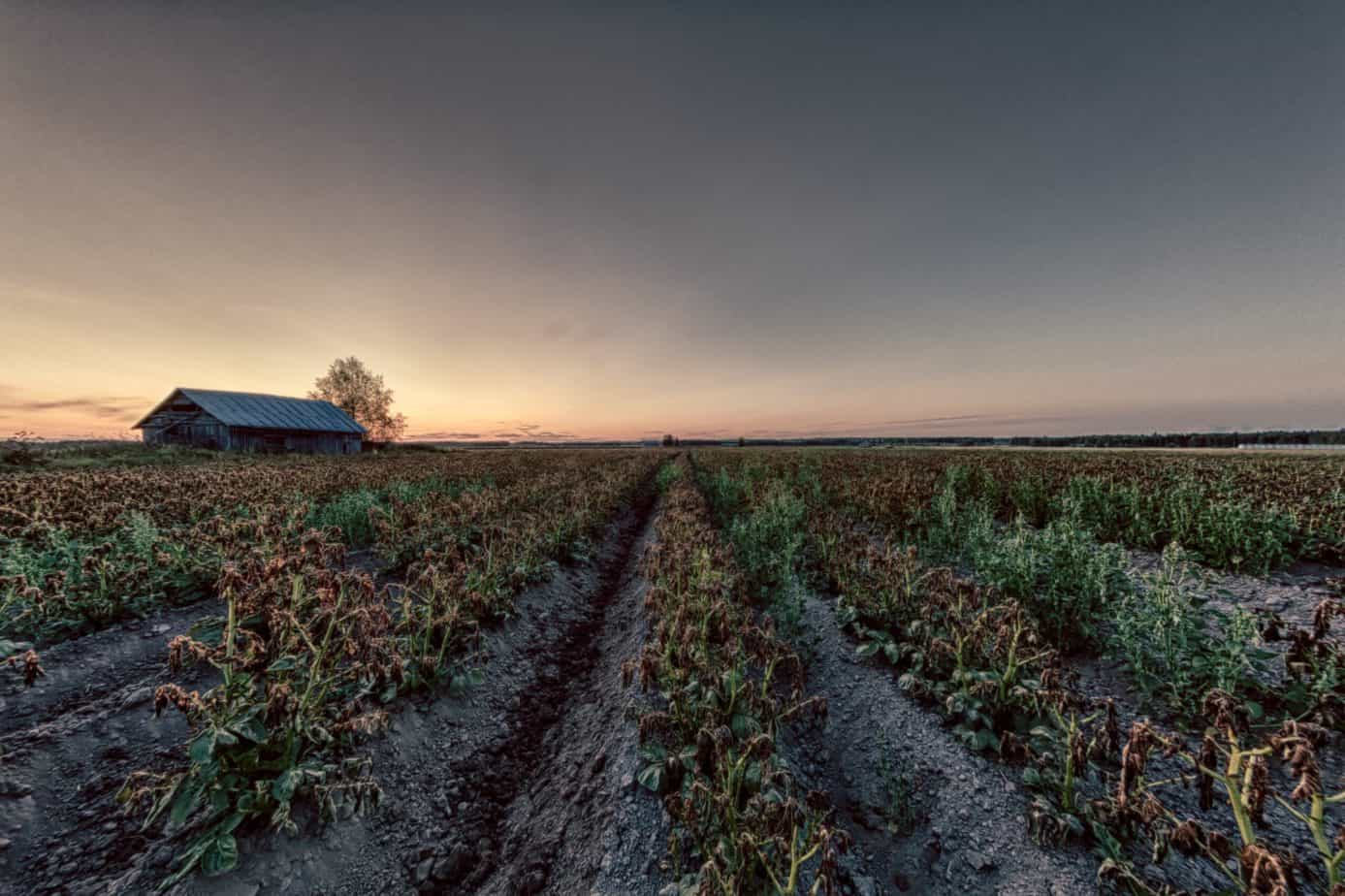 The barrels of blue potato-spray
Stood on a headland in July
Beside an orchard wall where roses
Were young girls hanging from the sky.

The flocks of green potato stalks
Were blossom spread for sudden flight,
The Kerr’s Pinks in frivelled blue,
The Arran Banners wearing white.

And over that potato-field
A lazy veil of woven sun,
Dandelions growing on headlands, showing
Their unloved hearts to everyone.

And I was there with a knapsack sprayer
On the barrel’s edge poised. A wasp was floating
Dead on a sunken briar leaf
Over a copper-poisoned ocean.

The axle-roll of a rut-locked cart
Broke the burnt stick of noon in two.
An old man came through a cornfield
Remembering his youth and some Ruth he knew.

He turned my way. ‘God further the work’.
He echoed an ancient farming prayer.
I thanked him. He eyed the potato drills.
He said: ‘You are bound to have good ones there’.

We talked and our talk was a theme of kings,
A theme for strings. He hunkered down
In the shade of the orchard wall. O roses,
The old man dies in the young girl’s frown.

And poet lost to potato-fields,
Remembering the lime and copper smell
Of the spraying barrels he is not lost
Or till blossomed stalks cannot weave a spell.