To My Darling Daughter Betty is one of those short Irish poems that immediately impact you when you read it. Tom Kettle wrote “To My Daughter Betty” in 1914 at the outbreak of the First World War when Ireland was part of the United Kingdom. 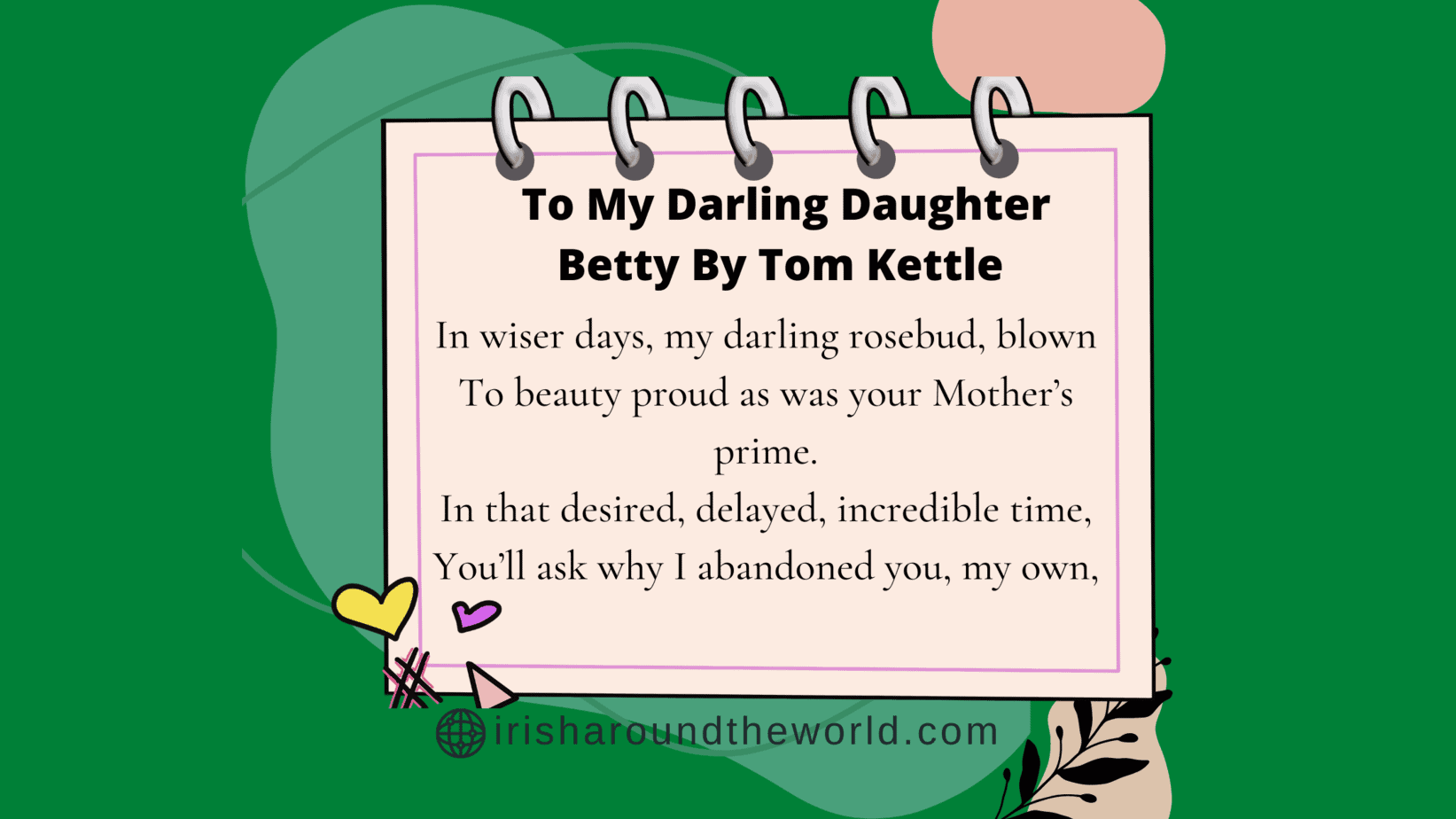 He was sent out to fight the war and didn’t know if he would ever see his wife or daughter again. Over 200,000 Irishmen fought across the world, and 49,400 died. This poem was written just days before his death after being killed in battle. The incredible poem To My Daughter Betty comes in at number 73 on the top 100 Irish poems list. If you would like to get a new Irish poem straight to your inbox every Friday, subscribe here for free.

To My Daughter Betty By Tom Kettle

In wiser days, my darling rosebud, blown
To beauty proud as was your Mother’s prime.
In that desired, delayed, incredible time,
You’ll ask why I abandoned you, my own,
And the dear heart that was your baby throne,
To die with death. And oh! they’ll give you rhyme
And reason: some will call the thing sublime,
And some decry it in a knowing tone.
So here, while the mad guns curse overhead,
And tired men sigh with mud for couch and floor,
Know that we fools, now with the foolish dead,
Died not for flag, nor King, nor Emperor,
But for a dream, born in a herdsmen shed,
And for the secret Scripture of the poor.
I hope you have enjoyed this incredible poem by Tom Kettle. For more incredible Irish poems, pop on over to my top 100 list here.
What part of the poem was the most impactful to you? For me, it was “Died not for flag, nor King, nor Emperor,” I only hope that WW3 will not happen! Comment below your thoughts.