In Ireland, the passion for horses has been anchored for generations. With more than 160,000 horses, the island is the leading producer of thoroughbred horses in Europe.

And yet, the Republic of Ireland has barely five million inhabitants. The island is the leading producer of thoroughbreds in Europe. The sector employs thousands of people. The racetracks are packed. Ireland is a passion for horses!

And today, I will explore just why Ireland has such a passion for horses. 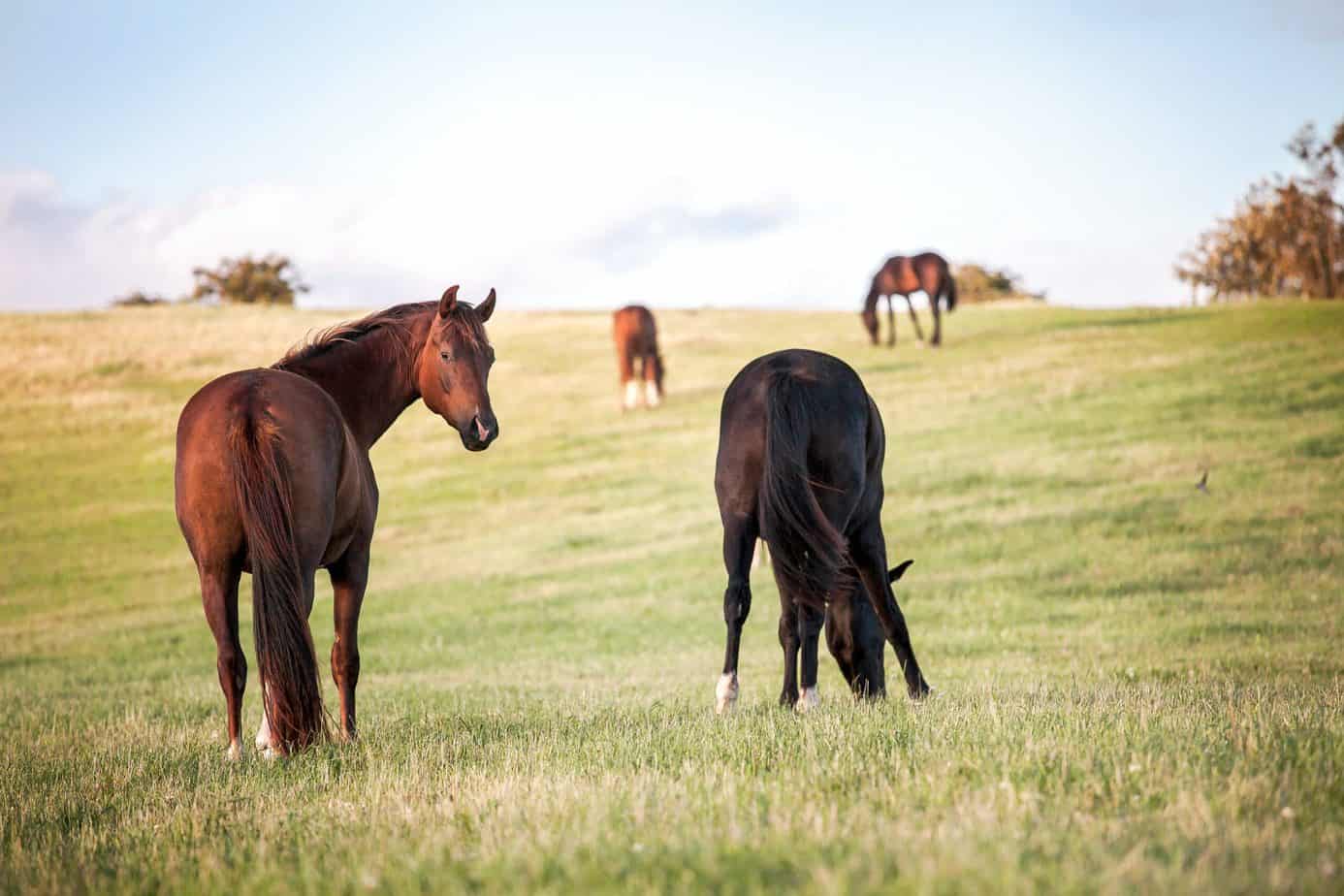 The Tradition Is Deeply Rooted In The Poorest Neighbourhoods

Since the 1970s, the Irish State has encouraged the sedentarization of Irish Travellers, nomadic gipsies who travelled in caravans. The gipsies have settled down, the suburbs of Dublin are not as populated by horses. But the good old days are long gone when everyone could ride their pony carefree through the streets of Dublin. Today, the authorities are monitoring and regulating the situation. However, the initial passion has not disappeared.

I even came across this very brief trailer of an upcoming Irish film. I don’t know whether it will happen, but it certainly could make for an exciting watch.

The simple love of the horse, the pleasure of riding, you must get them at the end of an alley in Fingas. In this difficult district, there is still a stable, which has become the most famous in the country.

In Ireland, a horse race is an opportunity to experience exceptional moments! You can wear your best dress, your most oversized hat, and put on a distinguished outfit while enjoying the enthusiasm and excitement of the crowd during the races! The events are then numerous, obstacle course or flat race.

It’s all about having fun and admiring the prowess of Irish jockeys. Some hoarse races have also become veritable institutions, such as the Irish Grand National, where more than 150,000 people flock to the racecourse to get their adrenaline pumping! This is a steeplechase obstacle course for horses over five years old. There is approximately 5.8 km to cover and more than 24 obstacles to jump. This very famous horse race is part of a festival that takes place all weekend. There is music and a contest of the best-dressed woman at this festival. Everyone can participate!

The Best Racecourses To See In Ireland

Among the most beautiful racecourses to see absolutely, we recommend in particular the discovery of the site of Layton, in the county of Louth, where magnificent horse races are held on the beaches of the county.

The beauty of the place and the ambient enthusiasm make it an extraordinary and magnificent place. Do not miss the site of Listowel, in the county of Kerry. This racecourse is one of the oldest horse racing venues in Ireland, and the Irish like to go there for a race. If you are a player, know that it is possible to do horse racing betting in all the racecourses of Ireland. A way to spice up the game a bit and make you happy! If you are looking to maximize your winnings as a priority, turn to Casumo, which often displays the highest odds on the market for horse racing bets. Currently, really attractive bonuses can be found at Casumo.

Galway Races, one of Ireland’s Most Anticipated Events

The Galway Festival lasts for seven days and includes many musical performances. It was established 150 years ago and had an impressive history, but early records suggest horse racing has taken place in the area for much longer, dating back to the 1200s. The Ballybrit Racecourse, which hosts still the Galway Races, opened on 17 August 1869. The horse race became a three-day event in 1959 then turned into a week-long festival in 1999.

The Galway Races are an important part of Irish culture. The city’s horse races attract more than 150,000 spectators each year(except the past two years), which is a feat for a town usually home to a population of barely half.

Remember to book your hotel as soon as possible or look in the guest rooms if you want to attend the races! The vibrant university town is also known for its beautiful setting on Galway Bay and its live music.

Have you ever been to the event? Comment below and let me know.

Thanks for stopping by. Don’t forget to grab your free weekly dose of Irish here.