I am not talking about a game of dungeons and dragons that features a poor representation of the Fir Bolg.

In Irish mythology, the Fir Bolg (also spelt Firbolg) are a group of people who are believed to have preceded the Tuatha Dé Danann as the first settlers of Ireland.

Those who went to Greece became the Fir Bolg and eventually returned to Ireland after it had been uninhabited for many years.

How do you pronounce Fir Bolg?

If you are wondering how to pronounce Fir Bolg, it is typically pronounced as “feer bohlg” (the emphasis is on the first syllable “feer”). But this varies depending on the dialect of the Irish spoken. 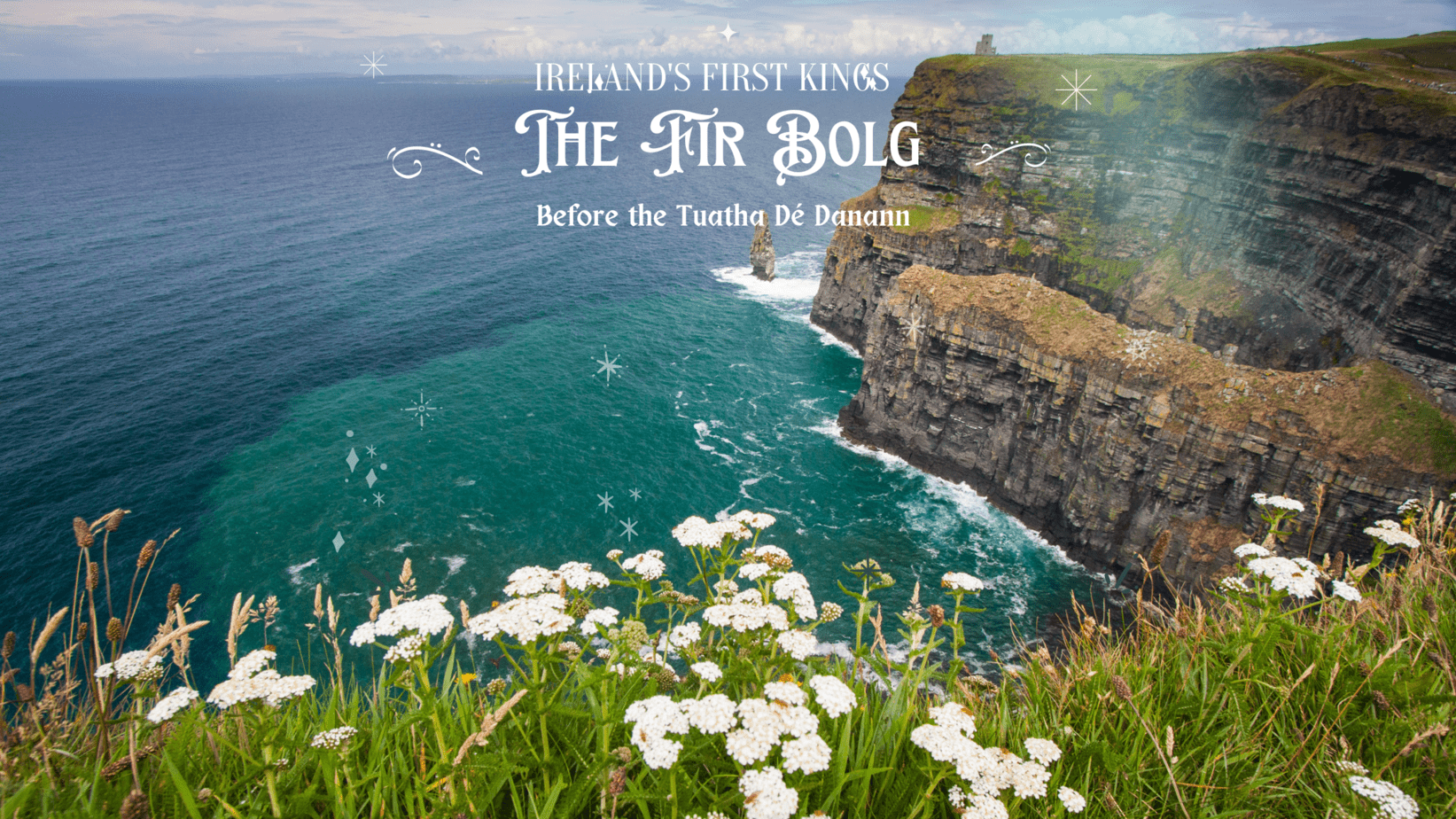 According to legend, the Fir Bolg were descended from the biblical figure of Cain. They were known for their great strength and size and were said to have built the first great fortifications in Ireland.

It is also believed they were skilled in metalworking and other crafts.

Despite their defeat, the Fir Bolg were said to have left a lasting impact on Ireland, as many of their fortifications and structures are said to still exist today.

According to legend, this once-mighty race stood last behind these massive fortification walls, which were ringed by upright standing stones to halt the Tuatha De Dannan invasion. A 100-metre plummet to the raging Atlantic Ocean awaits at the back. Whatever happened, there is evidence of habitation at Dun Aonghasa dating back hundreds of years, with a peak of about 800 BC.

You can find the exact location on Google maps here or see this incredible fortification below. If I say so myself, this has held up pretty well. 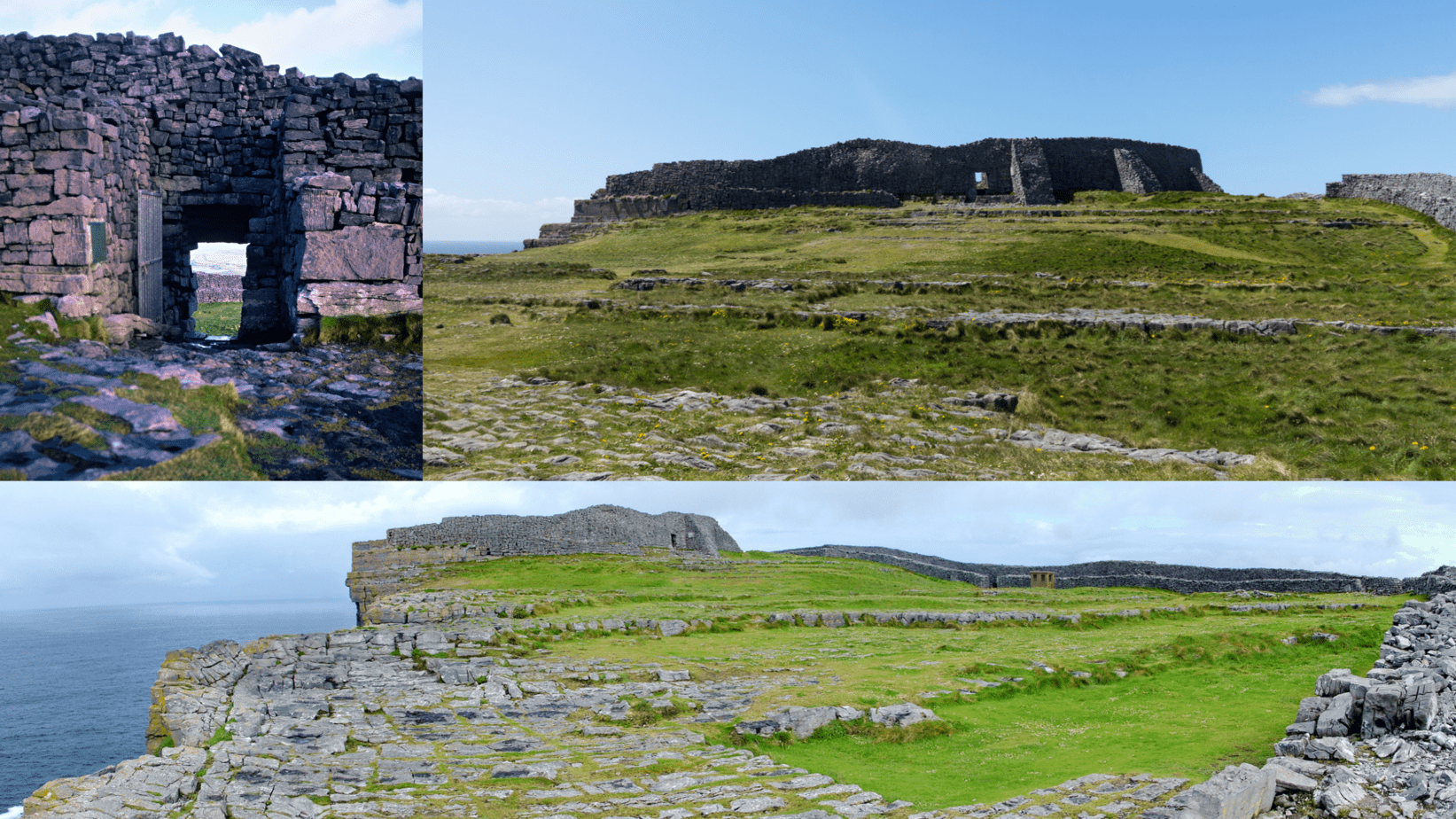 You might be wondering just who the Tuatha Dé Danann were.

According to Celtic mythology, The Tuatha Dé Danann (pronounced “too-ah day dahn-ann”) were a race of beings in Irish mythology who were considered to be the gods and goddesses of ancient Ireland.

They were said to have descended from the goddess Danu and were known for their great wisdom, power, and skill in magic. According to legend, the Tuatha Dé Danann arrived in Ireland in a fleet of ships and defeated the Fir Bolg, who were the land’s previous inhabitants. They then divided Ireland into five provinces, each ruled by a king or queen.

Although history gets a bit sketchy, some say that the Fir Bolg divided Ireland into five provinces and that the Tuatha Dé Danann overtook each area. But who knows!?

Some FAQs about Fir Bolg:

What does the name ‘Fir Bolg’ mean?

The name ‘Fir Bolg’ means ‘Men of Bags’. One explanation often given for this name is that they exported Irish earth to the Greeks to protect their cities from snakes.

How did the Fir Bolg end up in Ireland?

They were said to have originated in the Middle East and were the descendants of the biblical figure of Cain. After being driven out of their homeland, the Fir Bolg were said to have migrated to Greece, where they lived for many years.

However, they were eventually forced to leave Greece due to a war or conflict, and they set out on a long journey in search of a new home. They finally landed in Ireland, where they established themselves as the dominant people of the land.

It’s worth noting that the Fir Bolg’s arrival in Ireland, their origins, and the stories about them were passed down through oral tradition for centuries before being recorded in written form. As with many mythological stories, there are different versions and interpretations of their origin, and the stories may have evolved.

How were the oral stories translated into Lebor Gabála?

Lebor Gabála (also spelt Lebor Gabála Érenn)  is a collection of medieval Irish texts that tells the story of Ireland’s history from the world’s creation to the arrival of the Normans in the 12th century. Its literal translation is “The Book of the Taking of Ireland”, so it’s a pretty important piece of text!

The 11th-century texts were written based on earlier oral traditions. I’m sure there is some truth to them, but like any verbal story, the more it is told, the more it can become exaggerated. 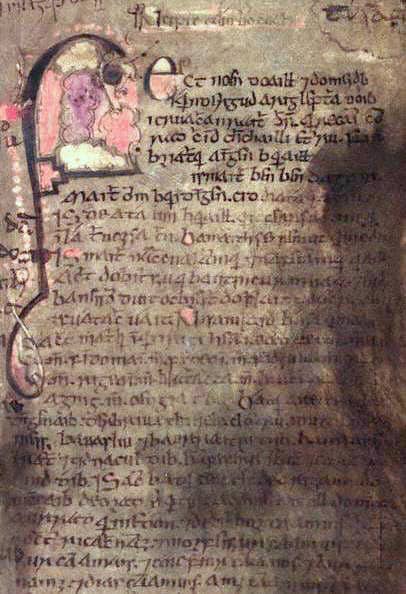 It must have been an ordeal to translate the body of the text. Hopefully, you know a bit more about Irish history and the Fir Bolg.

I admit that I didn’t know much about this before researching for this article. I have added Dun Aonghasa to my list of places to visit in Ireland. What did you think about this incredible history of the Fir Bolg? Comment below and let me know.