When it comes to Irish dancing, those who study it know how many hours of dedication it takes to learn.

Yet, in these videos that I have found you will be blown away by just how easy they make it look.

You may also be interested to know that their shoes are not in fact “tap dancing” shoes. Irish dancers use two types of shoes; soft shoes (also known as ghillies or pumps) and hard shoes.

Hard shoes are similar to tap shoes, except that the tips and heels are made of fibreglass, instead of metal, and are significantly bulkier.

What have I included in this list of Irish dancing videos?

I found a fantastic mix from flash mob Irish dancing in Sydney to the world’s longest Riverdance.

I promise that you will NOT be disappointed after watching these videos. I picked only the best I could find and I know you will enjoy them. 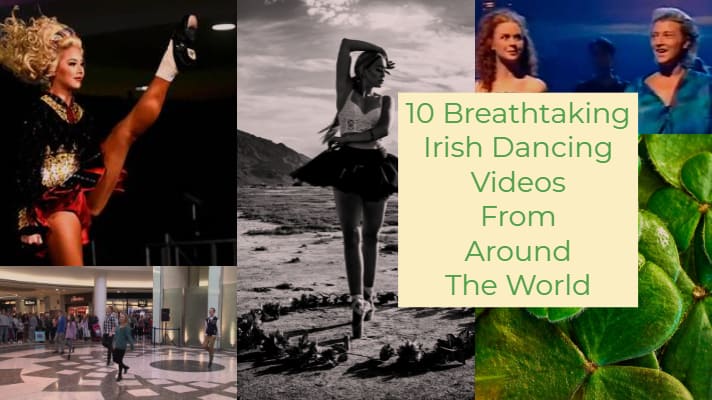 Lastly, you can also listen to a collection of over 4 hours of Irish music for St Patrick’s day here.

Okay, let’s get to these incredible Irish dancing videos!

I have included a short bit of info before each Irish dancing video as well.

Remember flash mobs? Whatever happened to them! They seemed to spring up overnight and then one day didn’t happen anymore.

The first Irish dancing video I have for you was filmed back in 2011.

This included members of Riverdance and school children in spectacular Central Station Sydney.

Over 100 Irish dancers celebrated this St Patrick’s day. What a spectacle it must have been! Did you see it live? Let me know in the comments.

2. Group of Galway Girls Flawlessly Irish Dance to Ed Sheeran’s “Shape of You”

Wow, these girls are amazing. The group gave Ed, whose paternal grandparents are from Ireland, a sweet shout-out in a video of them dancing to his song in Galway.

This has to be one of my favourite Irish dancing videos but at the same time, the others are also so good.

This was another example of how popular flash mobs were even back in 2014.

I published an article on them back in 2017 here.

4. Irish dancers surprise the judges with their modern twist

Always great to see a younger generation putting a modern twist on things. They mixed in some modern songs with some classic Irish dancing.

Unfortunately, the video is not the full audition but great to see this modern twist of Irish dancing.

5. 1,700 dancers participated in setting the new Guinness World Record for the Longest Riverdance Line in Dublin

Think you have seen a lot of Irish dancers at one time? Think again!

The world record was set back in July 2013. I doubt anyone will beat it. Ever wonder what it would look like?

Here is a video running past every Irish dancer.

Get ready it goes … and goes and goes!

You gotta love these flash mob videos. Something so complicated made to look so simple and organic.

What I love about this video is that the father and son duo are not technically Irish but it shows you that Irish dancing has no borders.

If you have a love for it, there is nothing stopping you.

I might also add that this video has more views than any other Irish dancing video on YouTube! Over 30 million views!!!

It is a joyful and entertaining short clip. I published the original article back in 2017.

This Irish dancing video I really enjoyed watching. In fact, it felt like I was typing this blog post in rhythm after watching it haha. One of the best sounding videos I found.

And some fantastic Irish dancing as well!

I thought this would be a great video to include. It shows some behind the scenes of what actually goes into learning some of these moves.

It follows five girls in the 2012 World Irish Dance Championships. I honestly didn’t know it was so big in the United States.

It is 40 minutes long but makes for some entertaining viewing. The struggles some of these girls go through will make any Irish dancer appreciate what they do. Just for reference Irish dancing in Ireland is not like this!

You might be wondering, just where did Riverdance originate from!?

20 years ago, on April 30th 1994 something happened during the interval of the Eurovision Song Contest that was to lead to the creation of one of the most successful stage shows of all time and introduce the wider world to Irish dance and music.

Shortly afterwards, husband and wife production team John McColgan and Moya Doherty expanded it into a stage show, which opened in Dublin on 9 February 1995.

Since then, the show has visited over 450 venues worldwide and been seen by over 25 million people, making it one of the most successful dance productions in the world. Source Wikipedia

As a lovely closing video, enjoy the video that brought Irish dancing to the worldwide stage and inspired millions in the process.

I hope you enjoyed this collection of Irish dancing videos. I watched 100’s of videos in the process of creating this article and so many could easily be featured here. 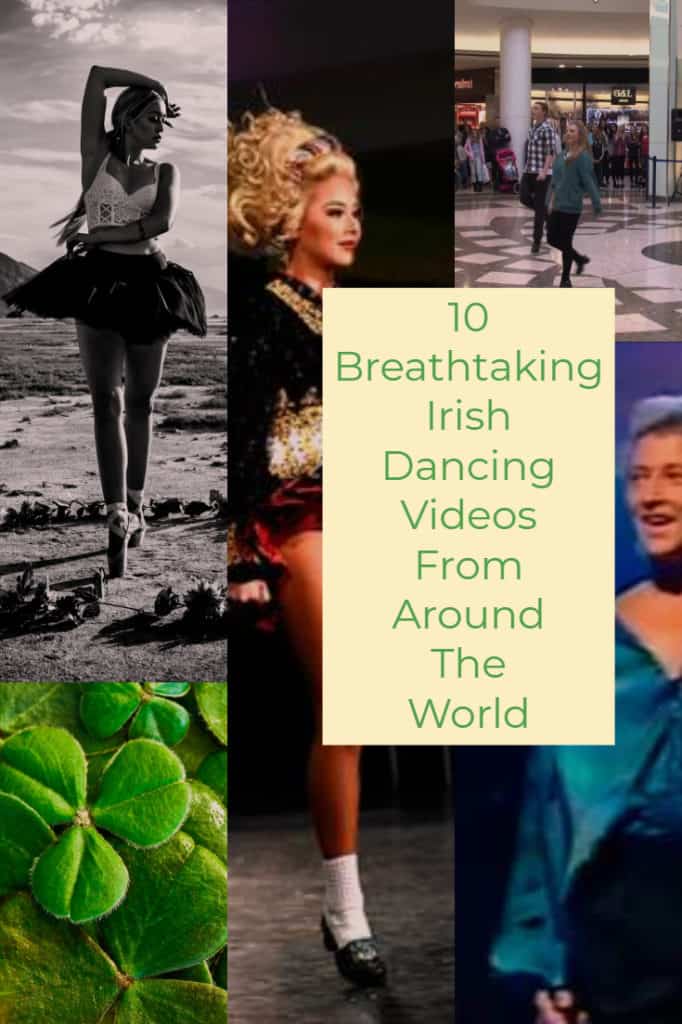 Which of the above videos was your favourite? Comment below and let me know.

Thanks so much for reading and watching,

P.S Get your weekly dose of Irish straight to your inbox! I send out a weekly update about the site along with some quotes, jokes and general info. Sign up here(you can unsubscribe whenever you want, but I hope you won’t want to)