Murphy’s Law is a popular saying that states, “anything that can go wrong will go wrong.”

You likely have heard the saying time and time again, but maybe you never knew exactly where it came from. Well, I am going to share Murphy’s law’s humble beginnings and, of course, if there is any scientific research behind it.

And no, it did not originate from the classic Tom Cruise flick Cocktail. However, I did really enjoy it.

So, where on earth did Murphy’s law come from?

Murphy’s Law is named after Edward A. Murphy, Jr., an American aerospace engineer.

The law is said to have originated from an incident that occurred during a rocket sledge test in the late 1940s or early 1950s at Edwards Air Force Base in California, USA. According to the story, Murphy was working on a project to measure the acceleration of a rocket sledge, and one of his technicians made a mistake in the instrumentation wiring.

When Murphy observed the malfunction, he is said to have exclaimed,

If there’s more than one way to do a job, and one of those ways will end in disaster, then he will do it that way.

This statement became known as “Murphy’s Law” and has since been used in many, many ways and featured in movies.

There actually has been plenty of movies that feature “Murphy’s Law” or at least a relation to it. These include the Hangover, Groundhog day, The Pursuit of Happiness (great movie!) and let’s not forget Cocktail!

Are any other movies that you have seen that relate to Murphy’s law? Comment below and let me know.

Now how does Murphy’s law relate to Irish people?

Well, if you are Irish or have Irish heritage, you no doubt have heard the saying. Not to mention that Murphy is probably one of the most common Irish surnames. I often see in Irish quotes Murphy’s law. So it’s hard to really specify if Murphy’s law is Irish. I guess it depends on the context but for now we will just say it is associated with Irish people.

What are some real-life examples of Murphy’s law? 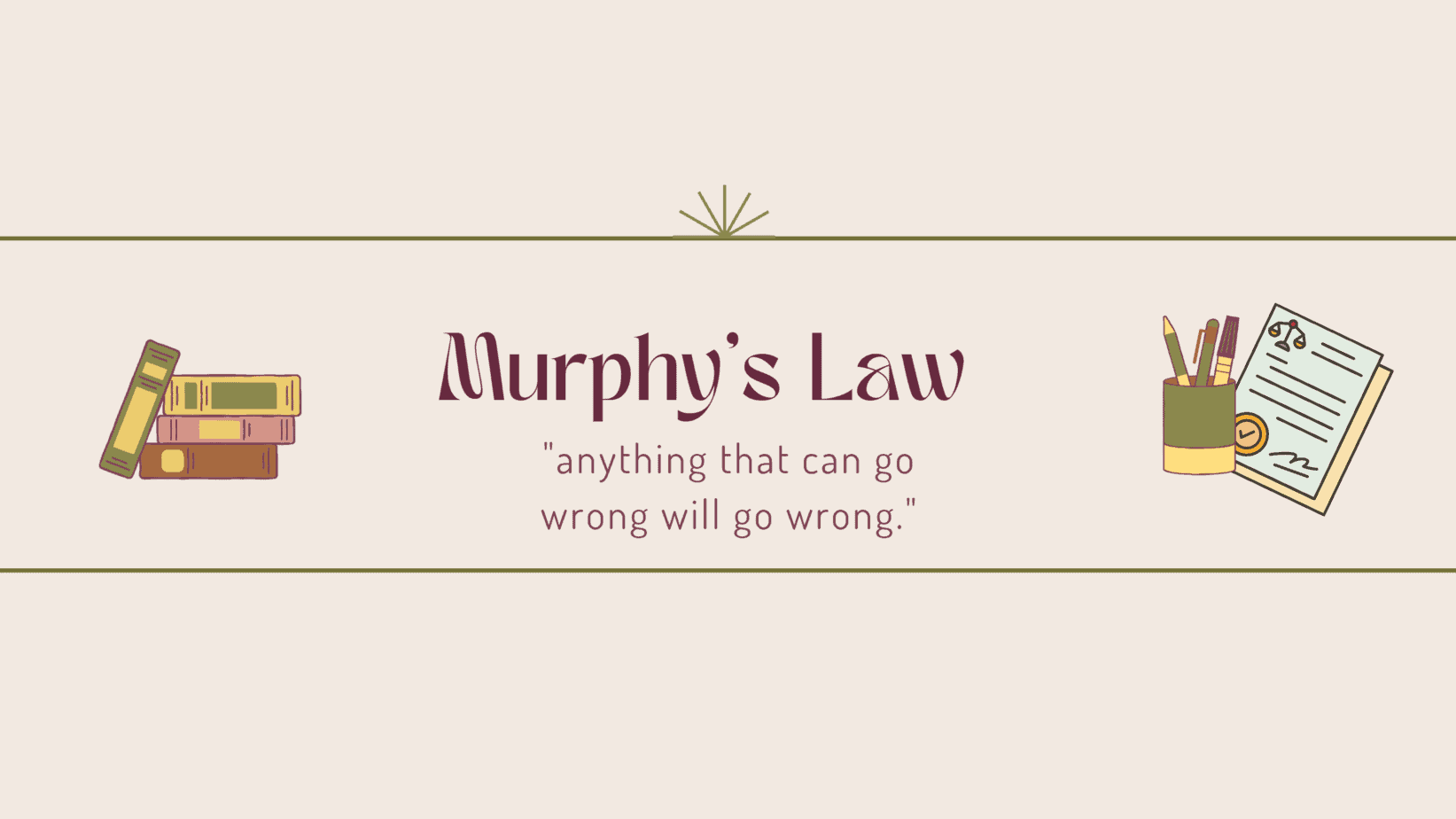 No doubt, reading this, you have experienced Murphy’s law in some shape or form. Comment below with your experience.

So how can I avoid Murphy’s law, Stephen?

That is another great question. Sadly the irony of Murphy’s law will likely happen if you try and avoid it or not. Sure, you can plan ahead, double-check things and be more organized, but will it really stop the likelihood of whatever will happen will happen? Who knows!

Finally, I would not get overwhelmed with Murphy’s law; yes, you can reduce the chances of things going wrong and be better prepared to handle unexpected events when they do occur. It’s important to note that Murphy’s Law is a tongue-in-cheek concept, and it’s not meant to be taken too seriously.

Thanks for stopping by and reading my post. Did you come here by choice, or did Murphy’s law bring you here?

P.S. Get your weekly dose of Irish straight to your inbox; sign up here.

There is a movie called Murphy's Law starring Charles Bronson released in1986.