A poem about a man trying to sell a horse: comes in at number 91 on the top 100 Irish poems list. But of course, the great Irish poet Patrick Kavanagh often uses powerful imagery to take you to the exact place or time. Just like in his other poem, a Christmas Childhood.

And of course, an outstanding poet such as Kavanagh would not just write about a horse for sale, would he? No, in fact, in this, Kavanagh is talking about a soul, a soul that gets treated like a horse. With the opening lines

My soul was an old horse
Offered for sale in twenty fairs.”

Ireland has long had a fascination with horses, and back at the time of writing, this was even more true. Kavanagh offers his soul for sale to a shopkeeper, the church and the tinkers. And all he wanted was to free the horse(soul).

The end of the poem gave me chills as he released his soul “No more haggling with the world….”

What is a Pegasus?🐎

If you don’t know, a Pegasus is a mythical winged divine horse and one of the most recognized creatures in Greek mythology. Typically portrayed as a bright white horse with giant wings. 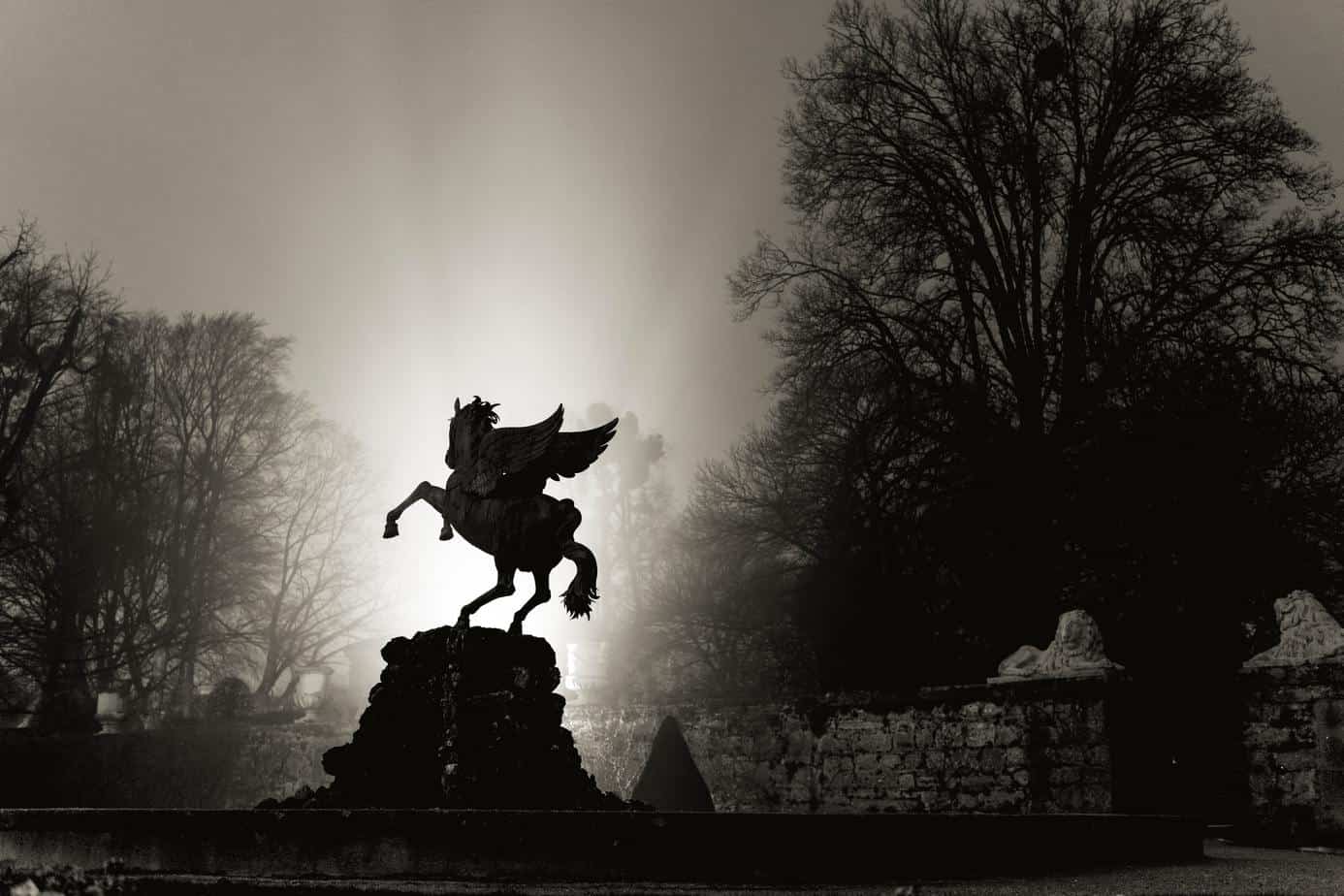 Not much is left to say except enjoy this powerful Irish poem by Patrick Kavanagh.

My soul was an old horse
Offered for sale in twenty fairs.
I offered him to the Church–the buyers
Were little men who feared his unusual airs.
One said: ‘Let him remain unbid
In the wind and rain and hunger
Of sin and we will get him–
With the winkers thrown in–for nothing.’

Then the men of State looked at
What I’d brought for sale.
One minister, wondering if
Another horse-body would fit the tail
That he’d kept for sentiment-
The relic of his own soul–
Said, ‘I will graze him in lieu of his labour.’
I lent him for a week or more
And he came back a hurdle of bones,
Starved, overworked, in despair.
I nursed him on the roadside grass
To shape him for another fair.

I lowered my price. I stood him where
The broken-winded, spavined stand
And crooked shopkeepers said that he
Might do a season on the land–
But not for high-paid work in towns.
He’d do a tinker, possibly.
I begged, ‘O make some offer now,
A soul is a poor man’s tragedy.
He’ll draw your dungiest cart,’ I said,
‘Show you short cuts to Mass,
Teach weather lore, at night collect
Bad debts from poor men’s grass.’
And they would not.

Where the
Tinkers quarrel I went down
With my horse, my soul.
I cried, ‘Who will bid me half a crown?’
From their rowdy bargaining
Not one turned. ‘Soul,’ I prayed,
‘I have hawked you through the world
Of Church and State and meanest trade.
But this evening, halter off,
Never again will it go on.
On the south side of ditches
There is grazing of the sun.
No more haggling with the world….’

As I said these words he grew
Wings upon his back. Now I may ride him
Every land my imagination knew.

A powerful poem once again! What did you think of it? Comment below.

Hard to believe it’s 91. I would put it in the top 20 at least - but that’s taste, I suppose. The imagery in the first line of twenty fairs without a sale got me in at the beginning.