Today I wanted to share a lovely Irish poem with you called the Irishman. While it dates back to 1884 it still resonates with me and I am sure with many of you reading this.

It is a fabulous and well-written piece, I enjoyed it immensely. His imagery and pride practically seeps through the words and swirl around you.

Constructed like an Irish ballad in this poem we can all relate to the love of Ireland.

Written by James Orr who passed away over 200 years ago. If you enjoyed this post be sure to share it.

This will also be featured in my weekly dose of Irish email newsletter. You can join here.

The Irishman by James Orr 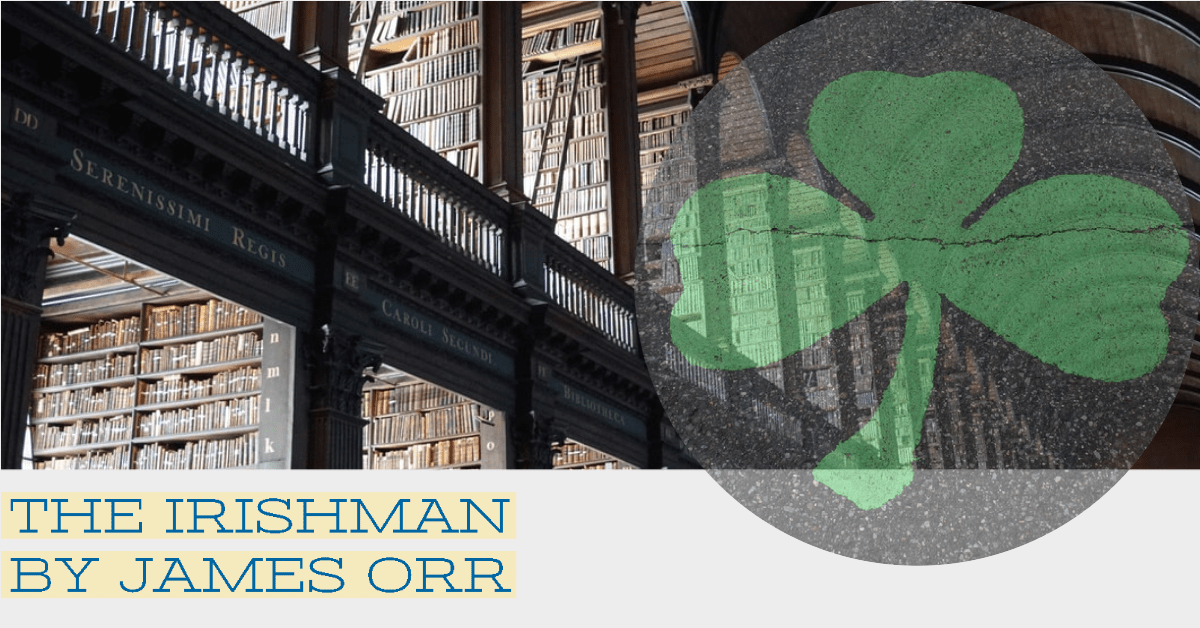 The savage loves his native shore,
Though rude the soil and chill the air;
Then well may Erin’s sons adore
Their isle which nature formed so fair,
What flood reflects a shore so sweet
As Shannon great or pastoral Bann?
Or who a friend or foe can meet
So generous as an Irishman?

His hand is rash, his heart is warm,
But honesty is still his guide;
None more repents a deed of harm,
And none forgives with nobler pride;
He may be duped, but won’t be dared–
More fit to practise than to plan;
He dearly earns his poor reward,
And spends it like an Irishman.

If strange or poor, for you he’ll pay,
And guide to where you safe may be;
If you’re his guest, while e’er you stay,
His cottage holds a jubilee.
His inmost soul he will unlock,
And if he may your secrets scan,
Your confidence he scorns to mock,
For faithful is an Irishman.

By honour-bound in woe or weal,
Whate’er she bids he dares to do;
Try him with bribes–they won’t prevail;
Prove him in fire–you’ll find him true.
He seeks not safety, let his post
Be where it ought in danger’s van;
And if the field of fame be lost,
It won’t be by an Irishman.

Erin! loved land! from age to age,
Be thou more great, more famed, and free,
May peace be thine, or shouldst thou wage
Defensive war, cheap victory.
May plenty bloom in every field
Which gentle breezes softly fan,
And cheerful smiles serenely gild
The home of every Irishman. 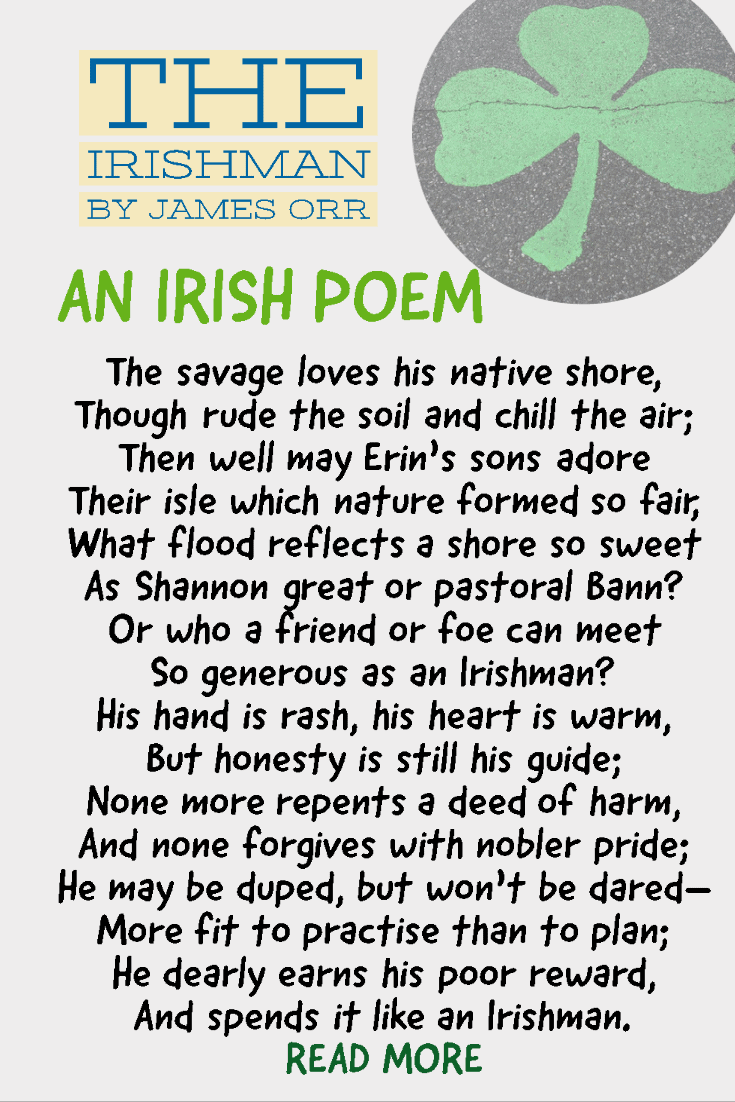