With Halloween just around the corner, I felt it would be worth diving into some spooky Irish facts about Halloween!

Like the fact that Halloween originates from the ancient Celtic festival Samhain!

During Samhain (pronounced ‘sow-in’), people would dress up in costume and light bonfires to ward off ghosts and spirits.

Nowadays, in Ireland, and around the world, people still don costumes and light bonfires, but they also carve pumpkins and go trick or treating.

Want to know how these Halloween activities evolved in Ireland? Here are some interesting Irish facts about Halloween.

The History of Halloween 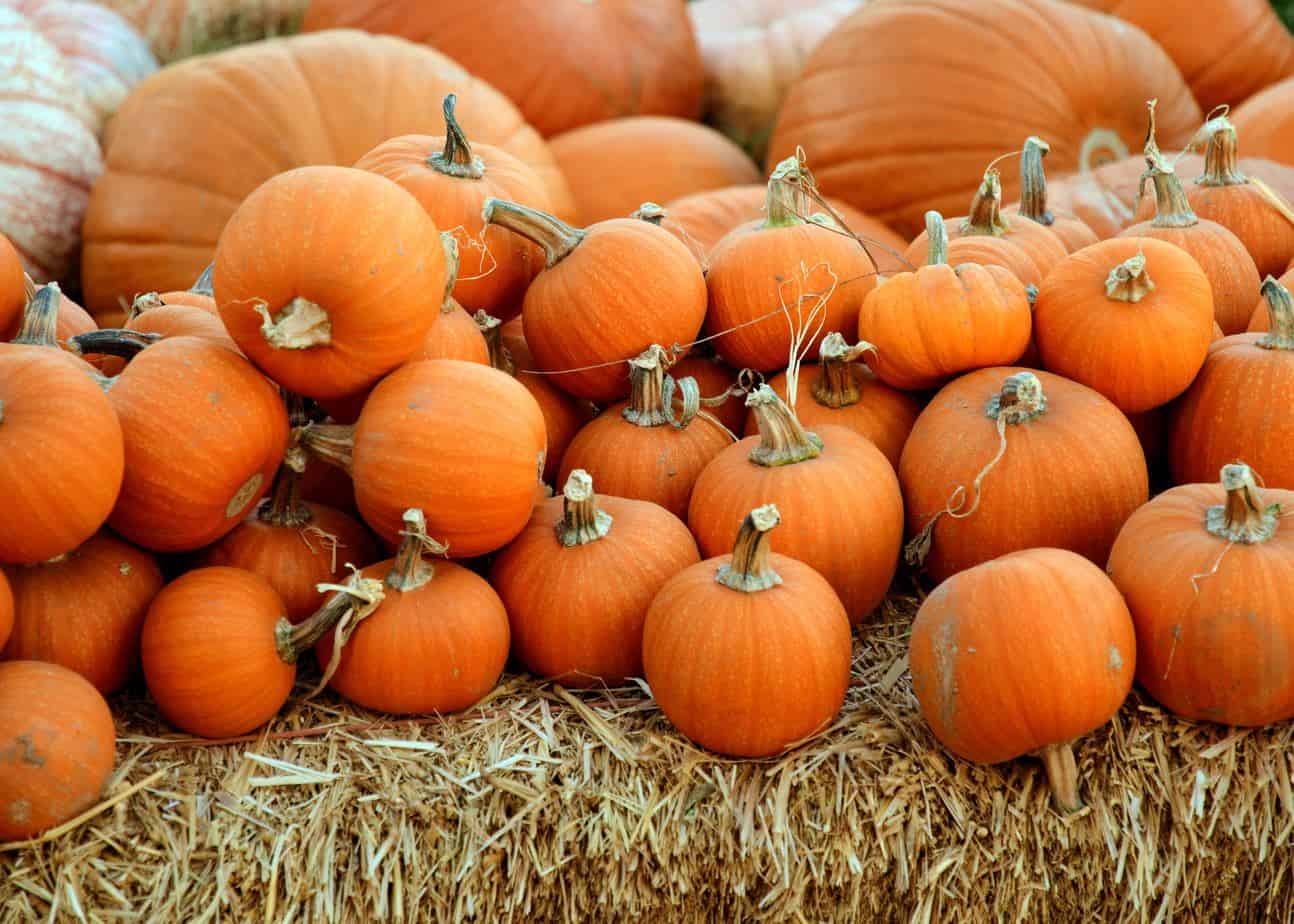 Around 2,000 years ago, the Celts, who lived in the areas that are now Ireland, the UK and Northern France, celebrated the new year on the 1st of November.

November 1st marked the end of the summer and harvest time and heralded the start of winter. Winter was often associated with death and the Celts held a belief that on new year’s eve, the 31st of October, the boundary between the living and dead worlds blurred.

So, it was on this date that the Celts celebrated Samhain when the ghosts of the dead returned to the living world.

The Celts welcomed the ghosts of loved ones and family members.

There was also the belief that the ghosts helped the Druids (mediators between humans and gods and the dead) predict the future.

1. Bonfires were lit to keep evil spirits away 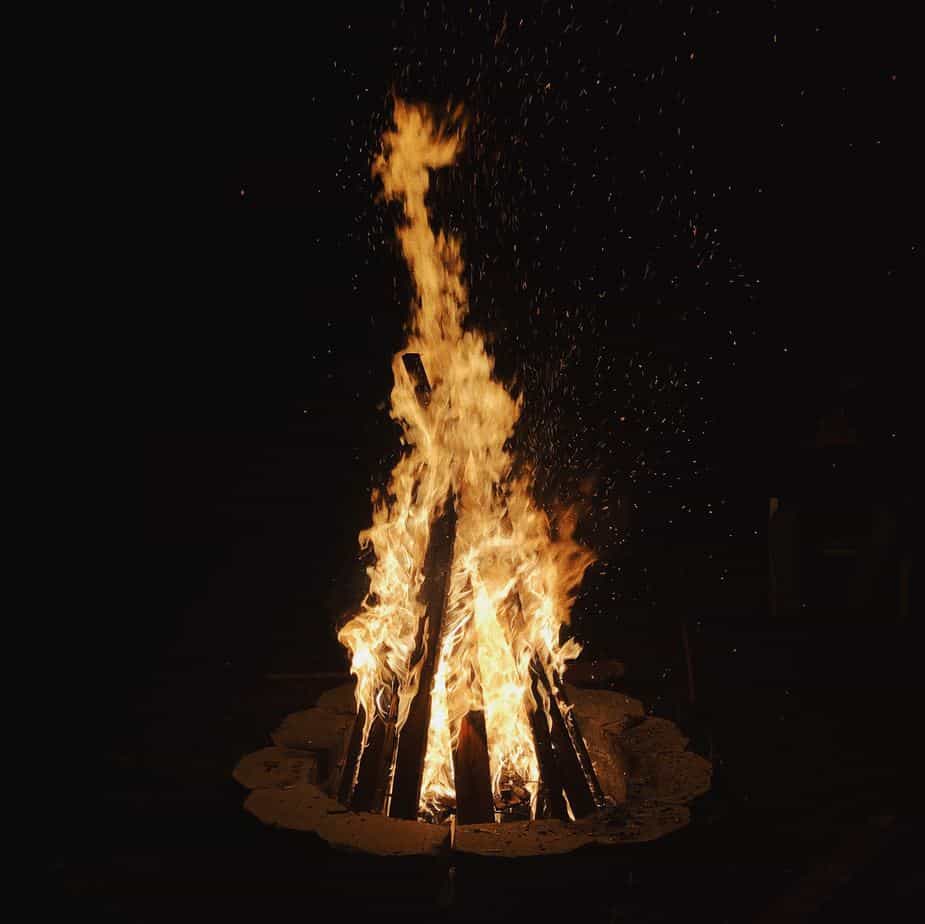 As part of the celebrations, the Druids lit huge bonfires to keep the evil spirits at bay. At these bonfires, the Celts would burn crops and the bones of slaughtered animals.

They would then light torches in the bonfires and use these to re-light the fires and hearths in their home. The torches were also carried around the farms to protect the property and residents against the ghosts throughout the winter.

2. Interesting Halloween fact about where costumes came from

During the Samhain celebrations, the Celts would dress up in animal skins. They would also put on animal heads and masks too.

It is thought that these would disguise them from any evil ghosts and spirits that may be looking for them. 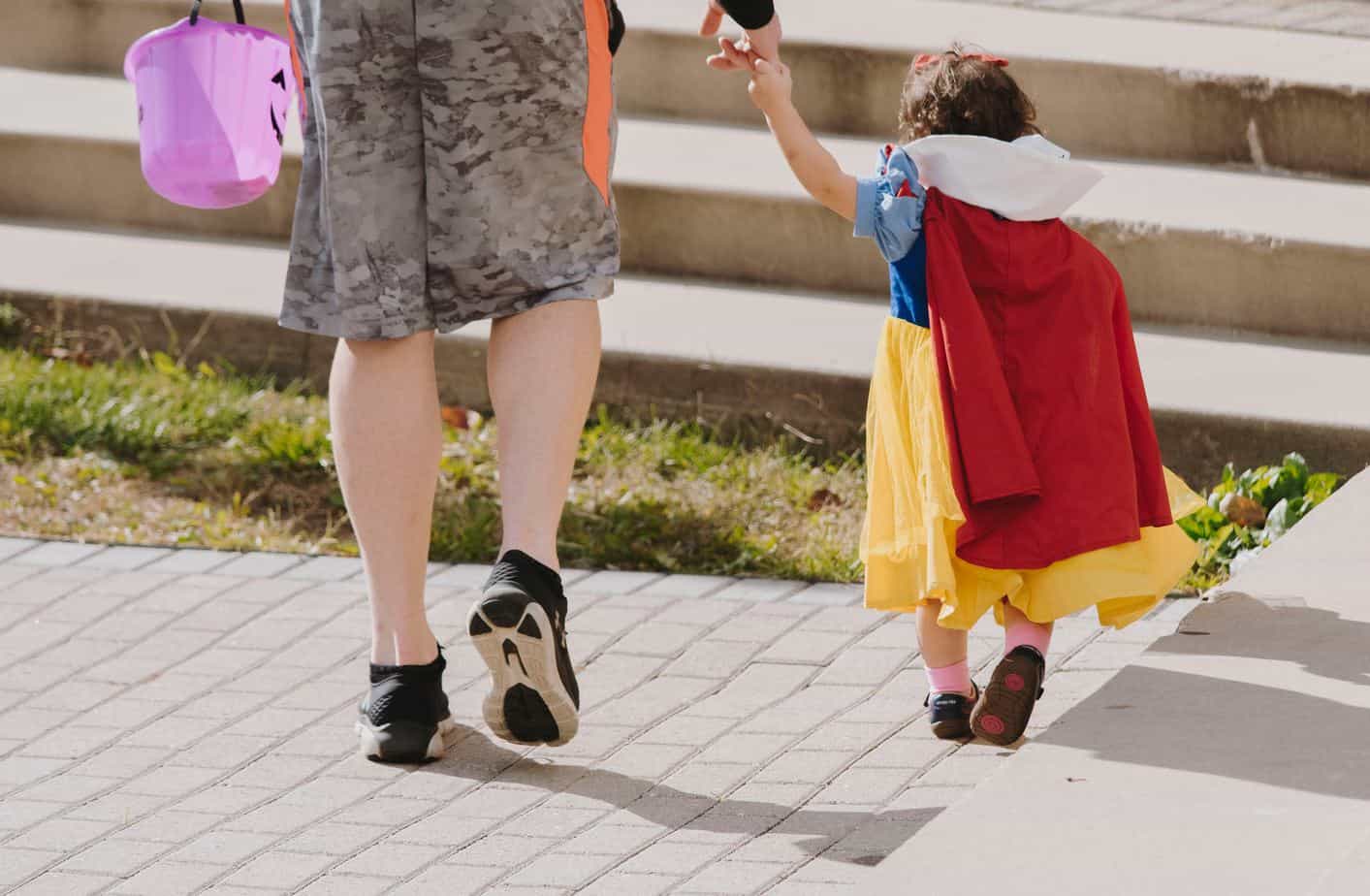 From as early as the 15th century, people in Ireland would go out mumming (also known as guising or souling). This is the tradition of putting on costumes and walking from door to door singing songs for the dead. As a thank you, the singers would be given cakes.

During the 19th century in Ireland, there was a tradition for a man to dress up in a white sheet and carry the decorated skull of a horse. He would lead a group of young people from farm to farm. Those in the group would blow cow horns.

Nowadays, we still dress up in costume and roam from house to house. We may no longer blow cow horns or sing to the dead, but we still expect the treats.

During Samhain, people would also bring food to the bonfire and enjoy a communal meal. Food was made for both the living and the dead.

The meal was eaten in silence, hence the name ‘dumb supper’. The food that was prepared for the dead, who were in no position to eat it, was shared with those less fortunate and those that didn’t have enough food of their own.

Seats at the table were left empty for any spirits who wanted to join the meal.

At night, the windows and doors were also left open so ghosts could come in and eat cakes that were left for them on the table.

It is also said that the dumb supper was prepared by unmarried women who would wait to see the ‘spirit’ of the man they were going to marry.

5. Facts about Halloween where Jack-O-Lanterns came from 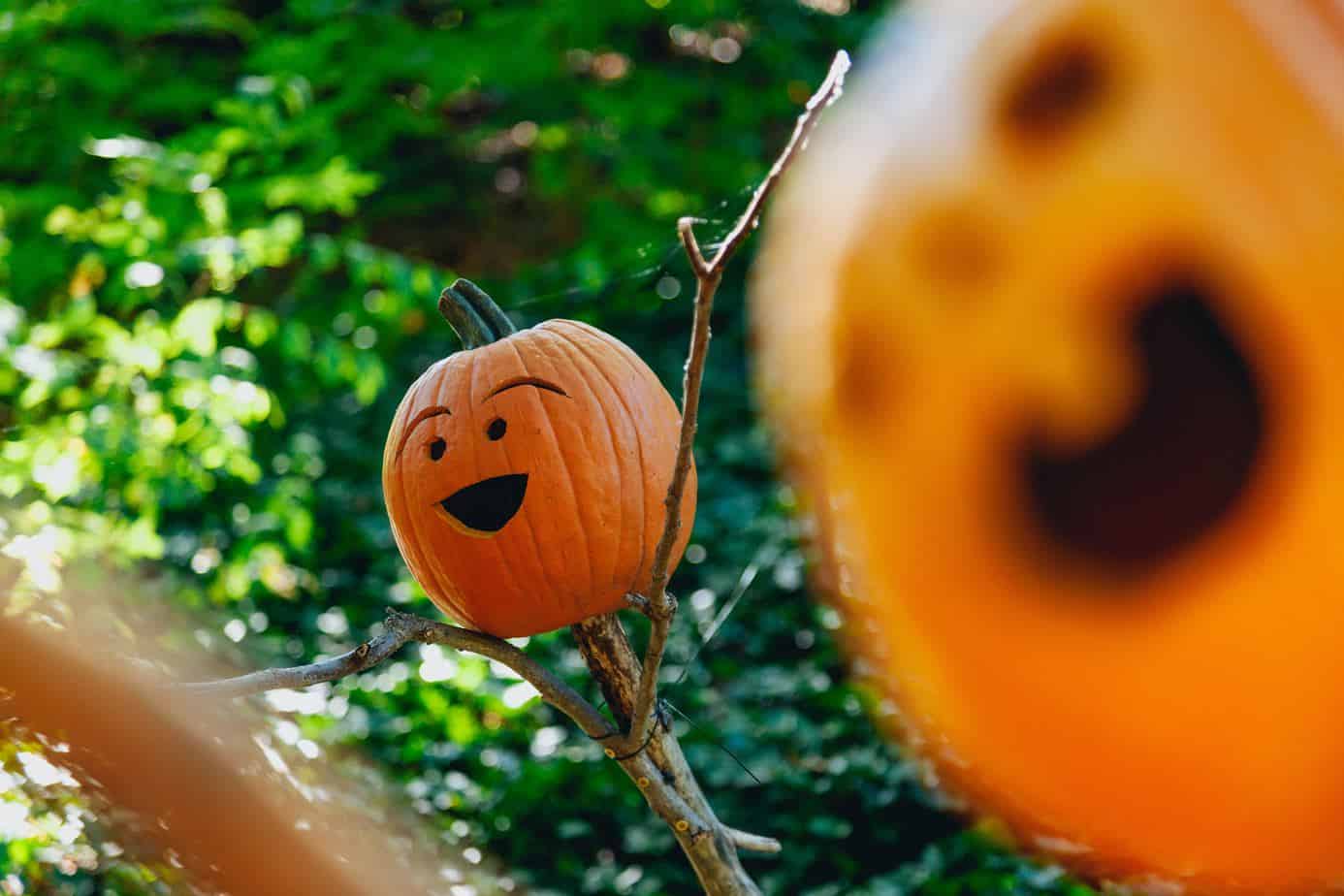 In the past, Irish people would carve out turnips and other root vegetables and place a lit candle inside. It was believed that this would ward off any evil spirits and ghosts and keep Stingy Jack away.

Who was Stingy Jack?

Stingy Jack was a mean old drunk who wasn’t very nice to people. Once he even played a trick on the Devil. He conned the Devil into climbing an apple tree and when he did, he placed crosses at the bottom of the tree.

The Devil was unable to get down from the tree as the Devil cannot touch crosses. Stingy Jack made the Devil promise that he would take his soul when he died. The Devil agreed and Stingy Jack removed the crosses and the Devil fled.

However, when Stingy Jack died he was banished from heaven by St. Peter who said that he was too mean and cruel to be allowed into heaven.

So Stingy Jack ended up in the dark Netherworld between heaven and hell. He asked the Devil how he could escape the Netherworld as there was no light to see his way out. The Devil gave him an ember from the flames of hell.

Stingy Jack, who always carried a turnip with him, because it was his favourite food, hallowed out the vegetable and placed the ember inside. From that day forward, Stingy Jack walked the earth without a resting place. He used the ember inside his Jack O’Lantern to light the way.

When the Irish emigrated to the United States they took the tradition of carving out turnips with them. However, they discovered that pumpkins, which were not available back in Ireland, were bigger and easier to carve. From then on, they carved pumpkins and not turnips.

Final points on these Irish facts about Halloween

As you can see there are plenty of spooky and interesting Irish facts about Halloween.

Whilst many Halloween traditions originated in Ireland and are over 2,000 years old, some are still practised today, all around the world.

We Irish are an influential bunch! If you would like to read some more Irish facts be sure to check out my other post.

Make sure to get your free weekly dose of Irish straight to your inbox every Friday! Join here for free.

Thanks for stopping by!

P.S Check out some haunted Irish castles the next time you are in Ireland.