Did you know:  The triple spiral has been speculated to be the oldest symbol of spirituality. Often referred to by many as a Triskelion, its earliest creation dates back to the Neolithic era, as it can be seen at the entrance of Newgrange, Ireland. 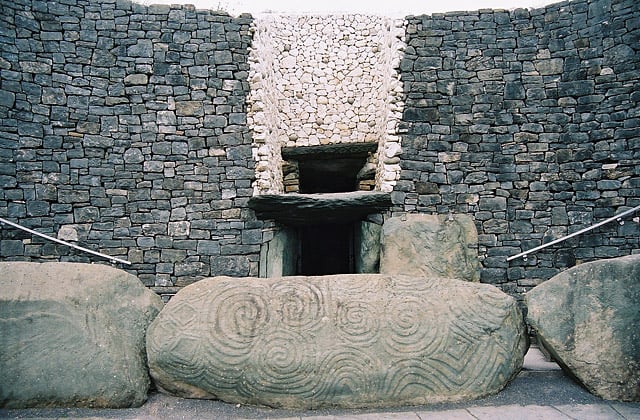 It can be seen at the entrance of Newgrange, Ireland.

Today I will be talking about the Triskele AKA the spiral. And of course, as with many of the other Celtic Symbols, this finds its way into many forms of artworks and tattoo enthusiasts. 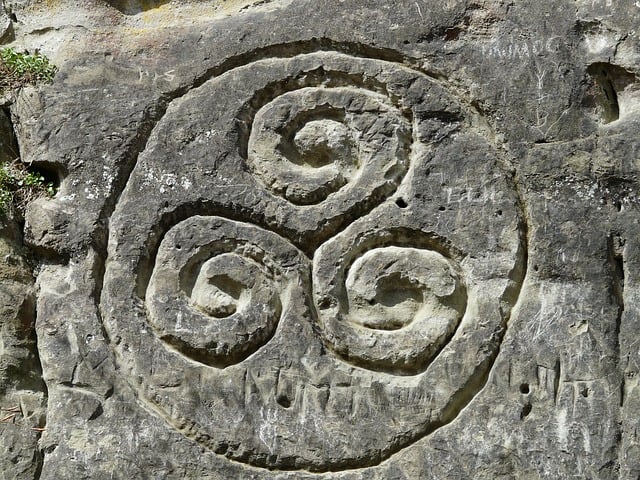 With this article, if you have been following for some time, I will try to keep things as non-technical as possible so that by the end of it you will have a much better understanding of the Triskele and its history.

But first, what is the difference between a triquetra and a triskele? 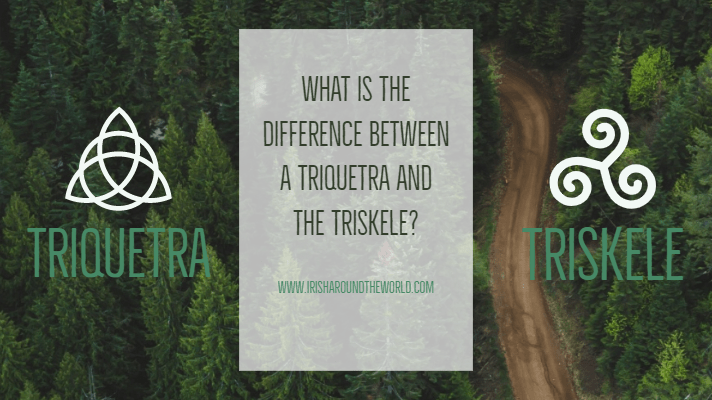 Don’t let their similarities fool you they are quite different. I covered all about the Triquetra in this article.

Whether you are looking for a trendy tattoo or a designer piece of inspired jewellery, it is important to know the main differences between the two.

Three elements: the Father, the Son, and the Holy Spirit

Three domains: earth, sea and sky, past, present and future.

The Triskele appearances throughout history

As my studies of these ancient symbols have interested me, none has had a more diverse appearance than the Triskele.

Maybe you are impressed by the fact that the Triskele has appeared on the entrance to Newgrange, but it has also appeared all over the world!

I find it incredible that you can find it on a jug in Egypt with the symbol and all over with the Celts.

Here is a picture of the Triskele symbol on a jug from Egypt dating back to 1400 BC! 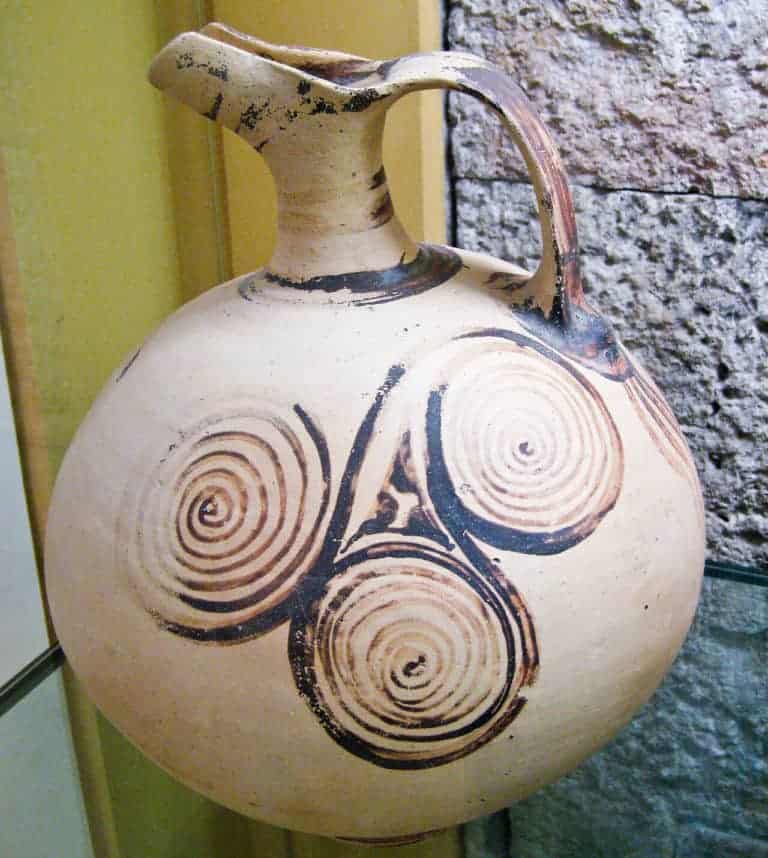 You may know this symbol as the triskelion, but both terms come from the Greek words tri, “three,” and Skelos, “leg.”

Familiar as an ancient symbol of Sicily, the symbol dates back to when Sicily was part of Magna Graecia, Greece’s colonial extension beyond the Aegean.

Pliny, the Elder, attributes the origin of the triskelion of Sicily to the triangular form of the island, the ancient Trinacria (from the Greek tri- (three) and akra (end, limb)), which consists of three large capes equidistant from each other, pointing in their respective directions, the names of which were Pelorus, Pachynus, and Lilybæum.

Could this symbol have a deeper meaning that perhaps we overlooked due to its simplicity? Your guess is as good as mine. 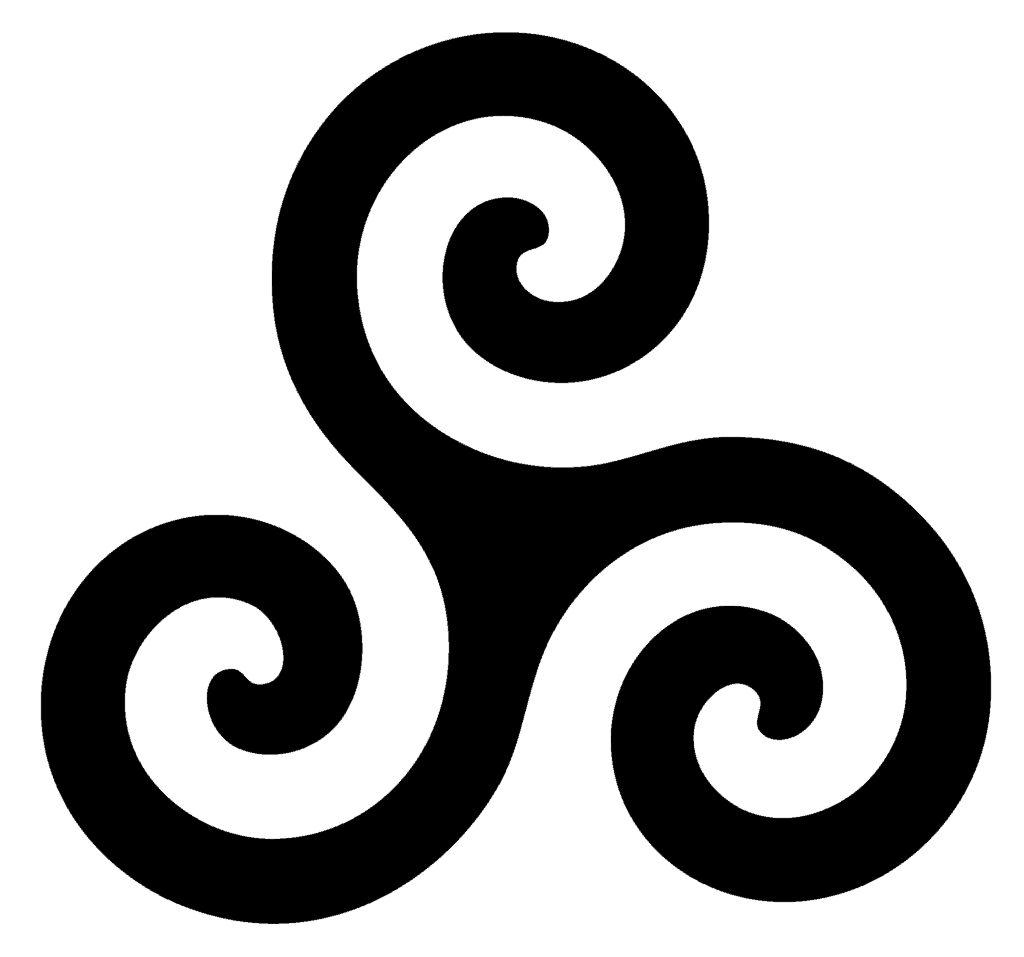 The spirals found on ancient tombs have been drawn in one continuous line.

When the triple spirals are drawn in this way, it has been speculated that this represents life and death.

The Triskele appearances in modern day:

Just like with the Irish Harp this Celtic Symbol has already made plenty of appearances in modern-day including:

Closing points on this incredible symbol: 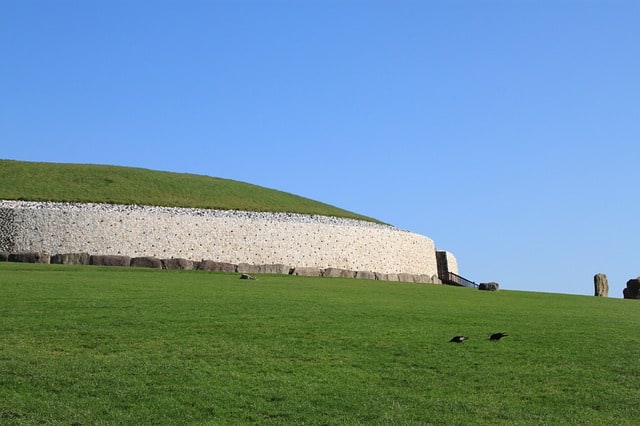 As you can see, like with many of these ancient Celtic Symbols they have rooted themselves in not just our past but in modern-day as well.

A timeless symbol that’s meaning has changed from century to century; I am just glad that it is still around today and still holds a wonderous thought into a deeper meaning.

Do you have any views on the Triskele/Triskellion? Comment below.

Thanks for reading and do read my main post on Celtic Symbols if you haven’t already. You can find subtopics for each major symbol throughout the article.

And don’t forget to join my weekly dose of Irish(join here) that I send out every Friday straight to your inbox. 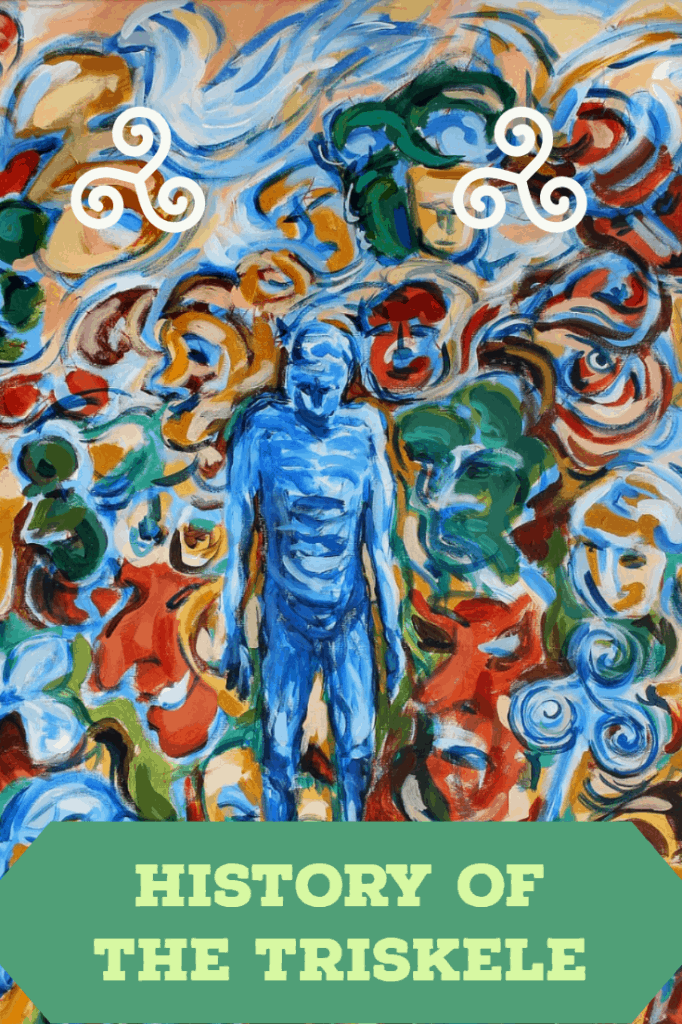 I saw them at Newgrange in Ireland, and also on cave walls in Cuba , amongst other indiginous drawing. As with your ancient Egyptian pottery, I believe triskelion are to be found in other ancient cultures as well. My thought is, if all these ancient cultures share the triskelion that they at one time were together. I believe the triskelion may be a symbol of waves. After the Noahic deluge, the ancients would have held the Creator's deluge as the most significant yet spritual event in history (even if history for them was communicated via drawings and symbols). They would have recognized the Creator, the triune Spirit, is to feared and that each culture would do well to remember it lest the Creator destroy mankind from the face of the Earth again.

Wow, thank you Will for the detailed comment. Appreciate it.

Since the Triskele dates back to the time of Goddess culture to me it is also representative of the Maiden, Mother, Crone.

Frankly, I was quite surprised when the triskele sort of manifested itself in my painting showed above. I knew of the symbol and for the most part its Christian connotations but I had never used it in any of my drawings or paintings before. The subject matter though is of a very spiritual kind so one must say that it is on point. Best Regards, Tine 'Heines' Jensen, Denmark

@Tine Jensen, Did you know that the ancient triskelion spiral is associated with the tribe of Dan and the Danaan people,that is where the Dan in Denmark comes from.

I loved to know about. I love all mystic around Celtic culture/history