Yes, you are in the right place, I am here to share over 30 Irish one-liner jokes with you.

In the past, I have done much longer Irish jokes. They are great, don’t get me wrong. But sometimes you just want a short one-liner Irish joke.

And if you were to memorize all of these one-liner Irish jokes you would be very funny at a party.

Keep in mind some are very cheesy! But enjoy it nonetheless.

But enough let’s get to the best Irish one-liner jokes: 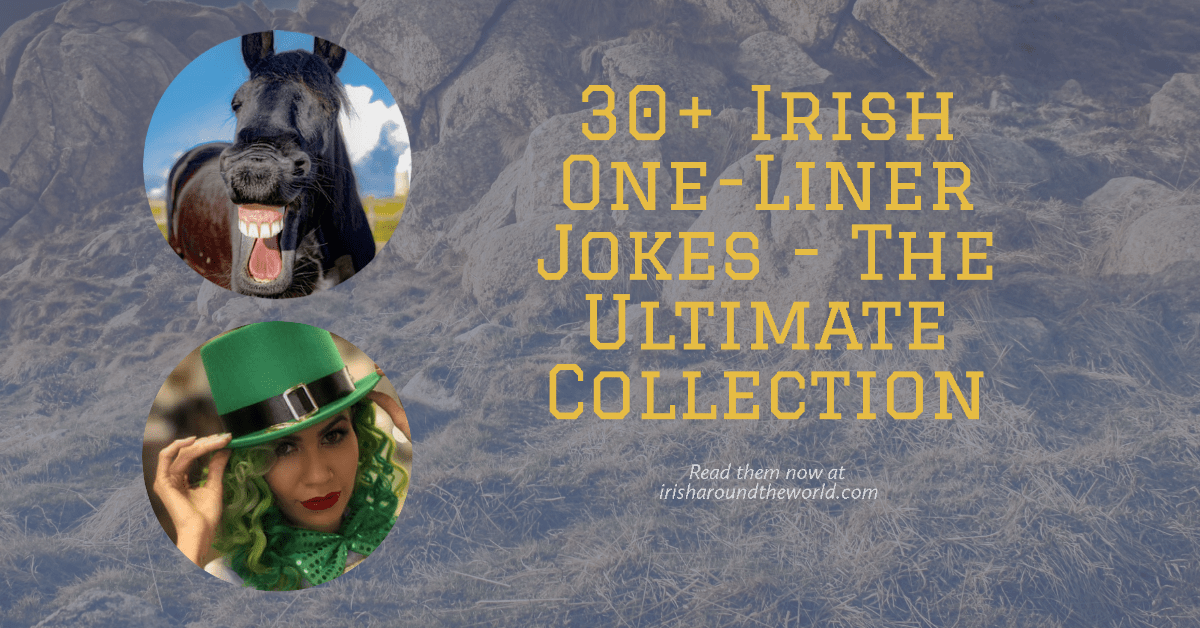 A priest is driving back to Dublin when he gets pulled over for speeding.
The Garda approaches the window and sees an empty wine bottle in the passenger’s seat.
The priest rolls down the window and a strong smell of wine wafts out.
“Have you been drinking, Father?” asks the Garda.
“Just water,” replied the priest.
“I can smell wine, Father,” said the Garda.
The priest looks from the bottle to the heavens. “Good Lord, he’s done it again!”

I hope you have enjoyed these lovely and funny one-liner Irish jokes.

I have a whole section dedicated to Irish jokes here and some eggcellent Easter jokes here.

Be sure to pin this Irish jokes image to your board:

lost the plot in 2020 wherehave I been?should be finding a funny IRISHMAN