You may or may not have heard of St Brigid’s day? Well, I am here today to share some quick facts about Ireland’s only female patron saint.

I regularly get questions on my email list, and they typically ask:

Stephen, just what is the meaning behind St Brigid’s day?

I had the debate with my partner the other day that it was to mark the start of Spring, but of course, I was completely wrong and at least a month off. It does, however, mark the beginning of warmer months to come. 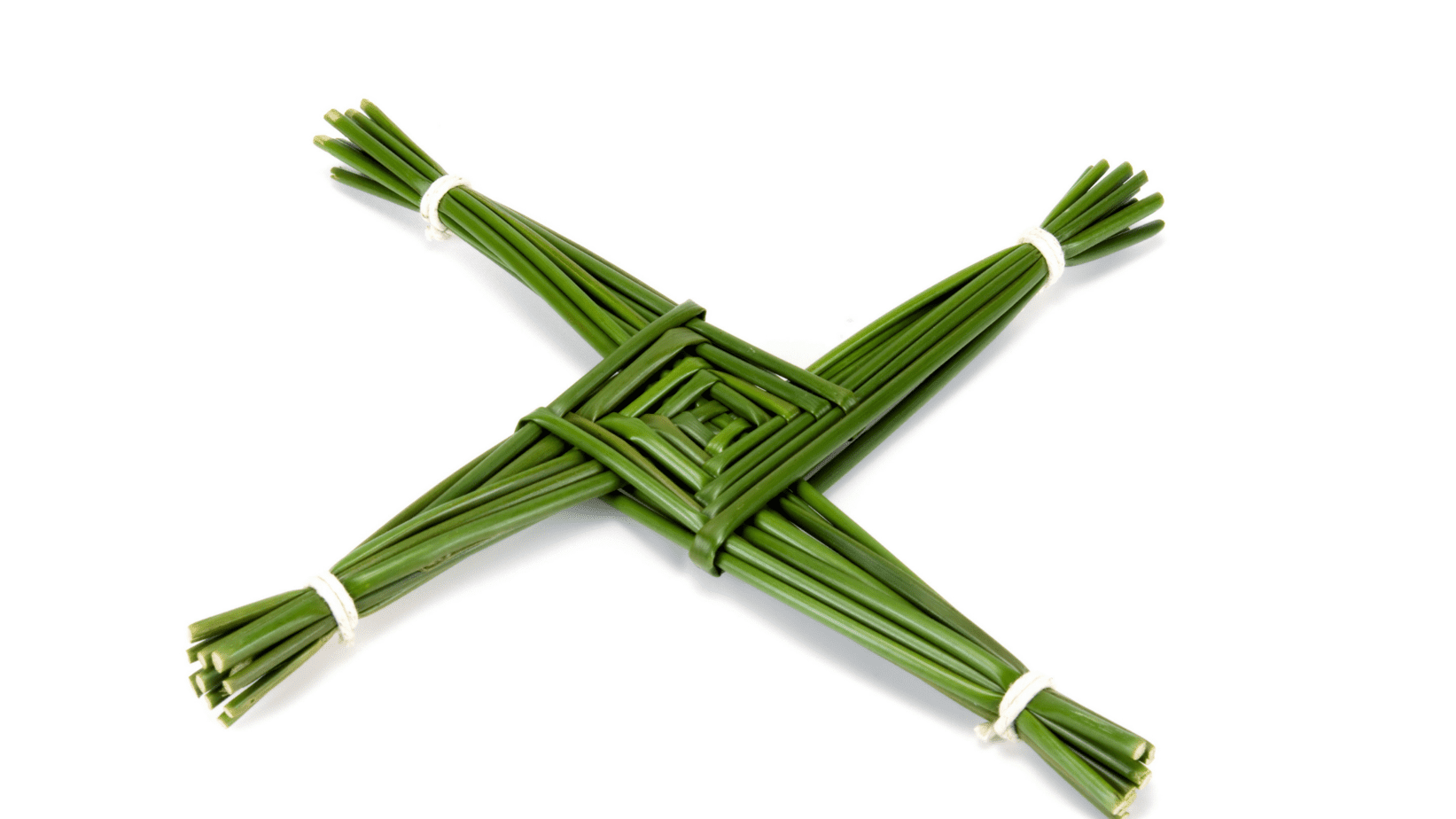 St Brigid’s day (Gaelic: Lá Fhéile Bríde) is held on February 1st, about halfway between the winter solstice and the spring equinox.

Typically from February onwards, the temperature in Ireland does increase … slightly, haha. St Brigid’s day is also known as Imbolc. It is one of the four Gaelic seasonal festivals—along with Bealtaine(May 1st), Lughnasadh(August 1st harvest season) and Samhain(Halloween October 31st).

So what is the history behind St Brigid’s day?

By now, I am guessing you are saying, okay, that is lovely, but just who was St Brigid? After all, she has a public holiday named after her; she must have been important? And indeed, you would be correct. There is a little bit of debate about whether St Brigid was a real person. After all, she was born in Dundalk in 450 AD.

A long time ago indeed. But as I am not a historian or have a time machine, I cannot confirm or deny this, haha.

So now that I have your attention let me share five quick facts about St Brigid’s day.

1. St Brigid is the patron saint of Ireland but also a lot more.

There is also a pretty exciting story behind St Brigid’s. You see, St Brigid was born to an enslaved Christian who had been baptized by St. Patrick and a father who was both pagan and a wealthy chieftain in Leinster.

St Brigid(who is after the Goddess of Fire🔥) also is believed to have settled the wealthy chieftain before he passed.

The story goes as an old chieftain lay on his death bed(some people suggest that it was St Brigid’s father). The servants summoned St Brigid to help calm the chieftain down and settle his soul. St Brigid is believed to have sat down next to the chieftain on the bed and picked up some straw from the ground. From there, she wove the straw into a cross. While Brigid was doing this, she explained the meaning of the cross to the chieftain.

It is believed that her calm words did indeed calm the chieftains soul. In fact, the chieftain was so impressed by her explanation that he requested to be baptized as a Christain and shortly passed away later, peacefully.

So the next time you see a St Brigid’s cross, you can tell the unique story behind it.

St Brigid’s cross is a little cross typically made of rushes. It typically has four arms that are linked at the ends and a woven square in the centre. There were also three-armed variants in the past. 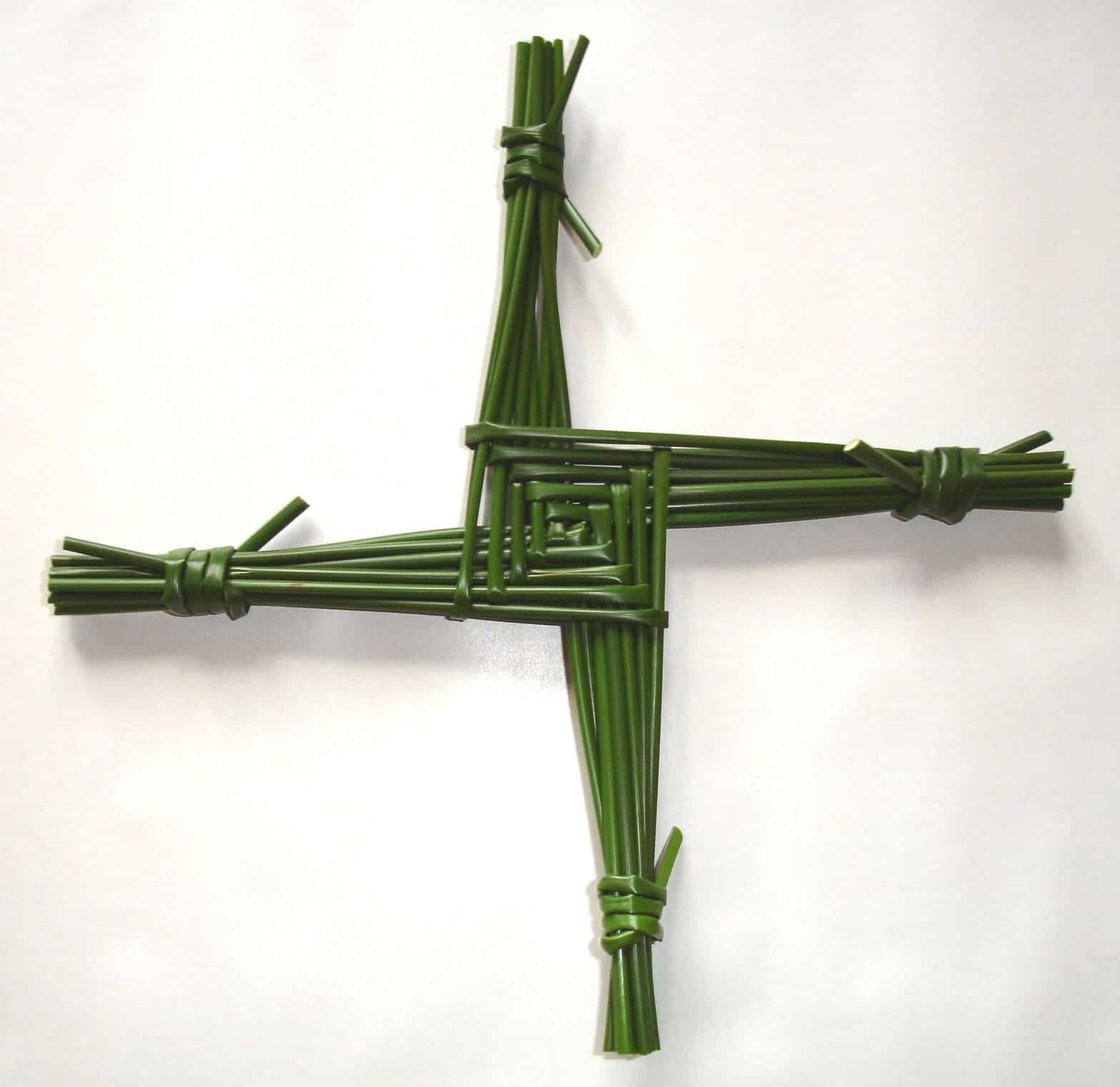 A typical Brigid’s cross that St Brigid was believed to make.

The Brigid’s cross has become one of the symbols of Ireland, along with the shamrock and harp.

In present-day, people of Irish heritage around the world typically hand these on their front doors to ward off evil spirits, keep fire and hunger away and, of course, to honour St Brigid.

3. St Brigid went on to create a monastery and do a lot more

She certainly was a busy girl. Later, she became a nun and built a monastery in Kildare. Not only that, in Kildare, she started a school of art that taught metalwork and illumination.

St Brigid died at the age of 75 in AD 525 and was buried in the church she created. Her remains were exhumed years later and brought to Downpatrick to be buried alongside Saints Patrick and Columcille. However, her skull was brought to Lisbon, where it remains today.

4. St Brigid was a triple goddess and is the patron saint of a LOT of things

I wasn’t joking when I said she was a busy woman, haha. Brigid was a triple goddess of healing, fire, and poetry. She is one of Ireland’s three patron saints, St. Patrick and St. Columcille. Brigid is also the patron saint of Beer (more on that later), saint of midwives, Irish nuns, fugitives, blacksmiths, newborns, dairymaids and many more!

5. St Brigid is also the patron saint of Beer…🍺 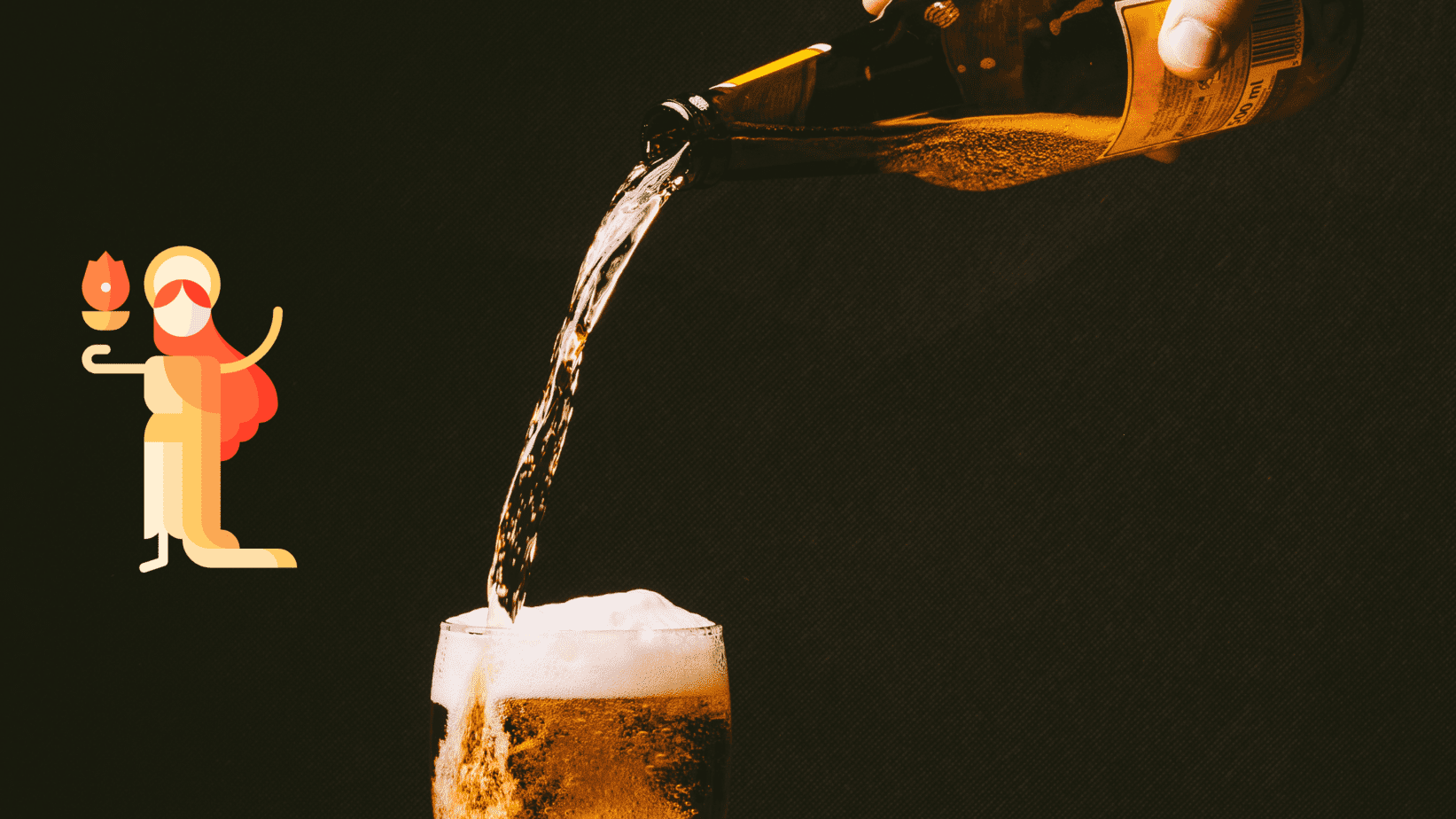 It is believed that St Brigid went all around Ireland, turning water into Beer and blessing all those who drank it. Haha, sorry, that last sentence was completely untrue, but I couldn’t resist.

But seriously, she was fond of an ole beer and brewed her own beer. Back then, Beer was said to be healthier than water. Not because of the nutritional aspects but because it was less likely to make you sick. I am sure that would depend on the amount consumed, though.

There are plenty of folklore stories, including one where she turned some dirty bathwater into Beer for visiting priests. That made her indeed a famous person for many people visiting her. This is why many craft brewers nowadays include her on their label. Cheers to you, Brigid!

Well, I hope after reading the above that you are a lot more amazed by this woman. It is one of the main reasons why it is being hailed as a day for women in the present day, not just in Ireland but across the world. Irish embassy’s in the US, Canada and Great Britain all have special events for St Brigid’s day.

Along with many festivals, quite a few Irish traditions are still celebrated today. Most commonly, as I mentioned earlier, a St Brigid’s cross is hung at the front of people’s home’s to ward off email spirits.

Every year millions of people around the world sit down and make their own St Brigid’s cross. You can make your own. I found this great YouTube tutorial. It is also very common to give those with a new home or to newlyweds Brigid’s cross. Once again, to offer protection and wish them well in the years to come.

I hope that this has been an enjoyable insight into St Brigid and her fantastic life. Thanks for stopping by on my blog, and I hope to see you here again soon.

Before you go, I was hoping you could share this post and join my fabulous free weekly dose of Irish, where I send updates every Friday.

Great stuff. I really enjoyed reading about the saint and your humor is lots of fun! Mary b. in Montana